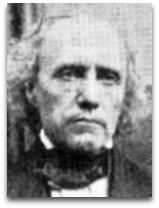 In science, Gustav Fechner (1801-1887) (IQ:165|#420) (CR:19) was a German experimental psychologist noted for his 1860 stimulus sensation psychodynamics experiments, for his panpsychism-themed atomic theory, and for his inanimate principle of absolute stability.

Schopenhauer
German philosopher Arthur Schopenhauer (1788-1860), described as a pessimistic panpsychist, sole protege of Johann Goethe and his human chemical theory (1809), was said to have influenced Fechner in his panpsychism views, albeit to the effect that Fechner saw the world as beautiful and life-enhancing, supposedly. [7]

Atomic theory | Panpsychism
In 1828, Fechner, after translating Jean Biot’s 1816 textbook into German, constructed a dynamic atomic model (see: atomic theory) in which the ‘atoms simulate in small dimensions the situations of the astronomical objects in larger dimensions, being animate in any case by the same forces; and each body may be regarded as a system of innumerably many small suns, floating at comparatively large distances from one another, such that each or several of them together are surrounded by orbiting planetary atoms.” [1]

Fechner has been classified, by David Skrbina (2005), as a noted western panpsychist philosopher, along with: Friedrich Schelling, William Clifford, Paul Carus, Empedocles, Epicurus, William Gilbert, William James, Gottfried Leibniz, Carl von Nageli, Josiah Royce (mentor to John Boodin), and the Stoics, each of whom were read and cited by Charles Peirce. [6]

Soul of Plants
In 1848, Fechner, in his Nanna: the Soul of Plants, outlined the view that consciousness did not depend on having a brain. [7]

Psychophysics | Psychodynamics
In circa 1850s, Fechner Fechner demonstrated what is now referred to as the Weber-Fechner law, a quantification between the feeling of psychological sensation and the measure of physical intensity of a stimulus, mathematically stated as:

where S stands for the sensation, R for the stimulus numerically estimated, and c for a constant that must be separately determined by experiment in each particular order of sensibility.

In 1860, Fechner, in his Elements of Psychophysics, coined and introduced the subject of psychophysics. [2] This work, in some way, seems to have been influential to Sigmund Freud and his later 1895 to 1920s development of psychodynamics. [3]

In 1878, Fechner, in discussion of Wilhelm Weber, it seems, was citing and discussing Thomas Young's definition of energy, along with William Thomson's more resent work. [5]

Influence
In 1926, Ludwig Bertalanffy, at the University of Vienna completed his PhD thesis on the topic of Fechner.

“Several psychoanalytic writers have not been troubled by this distinction between animate and inanimate forms of the stability principle and have sought to equate Freud’s death instinct, through Fechner’s inanimate principle of absolute stability, with the second law of thermodynamics (e.g. Alexander, 1921; Bernfeld and Feitelberg, 1930; Lichtenstein, 1935; and Saul, 1958). The second law of thermodynamics, otherwise known as the law of entropy, specifies that all forms of energy—for instance, heat—tend to dissipate within a closed system. Entropy, the measure of unavailable energy within a system, is therefore a directional and irreversible quantity reflecting the tendency of things to ‘run themselves down’. Seen in terms of this entropy principle, Freud’s death instinct has become considerably more palatable to certain psychoanalysts by virtue of a respectable alliance with the physical sciences.”