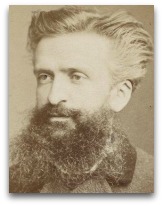 “The most striking peculiarity presented by a psychological crowd is the following: Whoever be the individuals that compose it, however like or unlike be their mode of life, their occupations, their character, or their intelligence, the fact that they have been transformed into a crowd puts them in possession of a sort of collective mind which makes them feel, think, and act in a manner quite different from that in which each individual of them would feel, think, and act were he in a state of isolation. There are certain ideas and feelings which do not come into being, or do not transform themselves into acts except in the case of individuals forming a crowd. The psychological crowd is a provisional being formed of heterogeneous elements, which for a moment are combined, exactly as the cells which constitute a living body form by their reunion a new being which displays characteristics very different from those possessed by each of the cells singly.

Contrary to an opinion which one is astonished to find coming from the pen of so acute a philosopher as Herbert Spencer, in the aggregate which constitutes a crowd there is in no sort a summing-up of or an average struck between its elements. What really takes place is a combination followed by the creation of new characteristics, just as in chemistry certain elements, when brought into contact—bases and acids, for example—combine to form a new body possessing properties quite different from those of the bodies that have served to form it.”

Quotes | On
The following are quotes on Le Bons:

“Thermodynamics, like Darwinism, became a reservoir of metaphors and arguments that were transposed from physics to social thought so that, to the same extent it is possible to speak of a social Darwinism, it is possible to speak of a ‘social thermodynamics’ as well. By the same token, the ideology of thermodynamics becomes mythopoieic, and the term ‘energy’ is borrowed from its scientific context to be turned into a mythical notion able to explain everything without any single counterfactual evidence. Thus, thermodynamics is interpreted — for example in Henry Adams [1910] and Gustave le Bons [1895] (Ѻ) — as a philosophy of history and as an explanation for the increasing disorder of society.”

Quotes | By
The following are quotes by le Bon:

“The most careful observations seem to prove that an individual immerged for some length of time in a crowd in action soon finds himself—either in consequence of the magnetic influence given out by the crowd, or from some other cause of which we are ignorant—in a special state, which much resembles the state of fascination in which the hypnotized individual finds himself in the hands of the hypnotizer.”