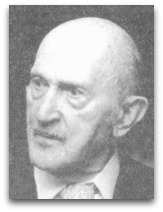 Guericke
In 1928, Schimank became involved in a writing project titled “On the History of Exact Sciences in Hamburg”, which led to a plan for a German edition of Otto Guericke’s New Magdeburg Experiments on the Vacuum of Space, which, it is said, “occupied Schimank for decades”. [3]

In 1936, Schimank, in his Otto von Guericke: Mayer of Magdeburg – a German Statesman, Thinker, and Researcher, produced a list of ten experiments that Otto Guericke is said to have done in 1654 at the Regensburg meeting, based on the two published accounts by Gaspar Schott (1657; 1663), as reviewed by Thomas Conlon (2011), some of which are: [2]

1. The crushing of an air-tight vessel as air was withdrawn from it; the air being allowed to expand into a previously evacuated receiver.
2. A number of men were only able to pull an airtight piston halfway up a copper cylinder
3. Extraction of air using a vacuum pump
4. Extinction of a flame (combustion) in a sealed vessel
5. Raising water vertically inside a vacuum bulb against its natural tendency to fall
6. Weighted the air
7. Caused clouds and wind to form in the glass vessels
8. Shattered toughened glass into splinters
9. Showed that sound is not heard in a vacuum (compare the Kircher "bell" in the Berti vacuum, c.1639)
10. (add)

In 1914, Schimank completed his PhD with a dissertation on “Behavior of Electrical Resistance of Metals at Low Temperatures” under Walther Nernst. [3]

Quotes | By
The following are quotes by Schimank:

“Here stood a man entirely on his own. There was no Medici family to put resources at his disposal. Scientifically, he was in a less favorable situation than the members of the Florentine Academia del Cimento who could advise each other. He had to think out for himself every little artifact and design emery piece of auxiliary apparatus so that it could be made by a Magdeburg based business. Perhaps it is this that is at the root of the preference, that all his experiments show, for a certain unsophisticated directness. When someone in Florence carried out experiments on the pressure of the air, he could rely on the availability of the highest technical expertise. Here in Magdeburg, the equipment for scientific research was the solid and durable work of a local forge. While this, on the one hand, made it harder to perform experiments it also, on the other, gave them an overwhelming direct impact.”