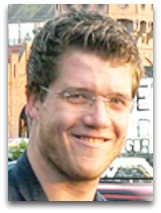 In existographies, Hans Ijzerman (c.1980-) is a Danish social psychologist, noted for []

Overview
In 2009, Ijzerman, together with Gun Semin, in their “The Thermometer of Social Relations: Mapping Social Proximity”, summarized the findings of their grant-funded study, in which they brought two groups of students into a room to watch and describe a short film showing animated chess pieces, wherein one group was room with a temperature in the low 60s˚F (59-64) and the other group in a room with temperature in the low 70s˚F (72-75), after which they studied the thermal words used in the descriptions of each group, in an effort to discern a correlation between ambient temperature and “social proximity”, which they define as “a perceived distance between self and other, which is different from physical distance”.

Education
Ijzerman completed his PhD in social psychology at Utrecht University in 2010.

Quotes | By
The following are quotes by Ijzerman:

“People in physically warmer conditions are more attenuated to engage in relationships.”