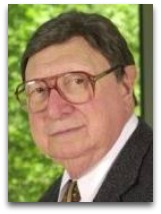 In existographies, Harold J. Morowitz (1927-2016) (CR:20) was an American biophysicist noted, in hmolscience, for his 1963 Life and the Physical Sciences, on the topic of the use and application of thermodynamics in the study of biology, with focus on the origin of life, thereafter cited in the 1960s in respect to carbon-based life theories; for his testimony in the McLean vs Arkansas (1982), aka Scopes II trial, among a number of other areas of note.

Origin of life
Morowitz’ believes that life arose on earth by processes that may be understood by considering the laws of chemistry and physics as applied to complex adaptive systems.

On the issue of thermodynamics and biology, he comments: [1]

“The use of thermodynamics in biology has a long history rich in confusion and rampant with attempts to use equilibrium constructs under nonequilibrium conditions.”

Morowitz’ first attempt at alleviating this confusion was the 1970 book Entropy for Biologists, originally seeded by a 1953 request by several distinguished kidney physiologists, at the National Heart Institute, that a course in thermodynamics be included in a new postgraduate training program, covering topics such as membrane physiology, cellular energetics, and macromolecular configuration, among others. [2] Morowitz has been called the “present-day grandfather of the application of thermodynamics to biology.” [9]

Human | Chemical value
In 1976, Morowitz received a birthday card that assessed a human body’s raw materials at only 97 cents; after which, Morowitz, famously known for his 1968 elemental composition of human table (see: hmolscience periodic table), he recalculated the cost based on synthesized ingredients from a biochemical company catalog and re-evaluated his worth at more than $6 million. (Ѻ)

Teilhard | Gibbs free energy
In 2002, Morowitz, in his The Emergence of Everything, speculated on a Gibbs free energy interpretation of the work of Pierre Teilhard on the emergence of mind from matter in terms of enthalpy (H) and bound energy or transformation content energy (–TS). [10]

In 1979, on the so-called two cultures interdisciplinarity fragmentation issue, Morowitz had the following ripe words to say: [11]

“The terms ‘splitters’ and ‘lumpers’ come from taxonomy, where the classifiers were separated into those who liked to create new taxa because of small differences and those who preferred to coalesce categories because of similarities. The concept has found wider applicability as knowledge in all fields expands. Specialists are confined to ever-narrowing domains while generalists survey the immensity of information in an effort, one hopes, to find higher orders of structure. It is clear that in the university and intellectual community ... the splitters are in command and the lumpers are in serious disarray, unable to keep up with the output of printouts that are generated in such a variety of ways. It is saddening to witness the loss of status of those engaged in integrative thought, for one sees in it the fragmentation of scientific and humanistic disciplines.”

In 1982, in the famous case of McLean vs. Arkansas Board of Education, on the debate of whether creation science should be taught in public schools, Morowitz was designated an expert in biophysics and biochemistry and was tasked with demonstrating that the origins of life did not violate the laws of thermodynamics. [3] The transcript, available online, is a fairly humorous read. He states, for instance, in reference to creation scientists, that “they play fairly fast and loose with the second law of thermodynamics.” [4]

on the play of Boltzmann entropy (1900), Clausius entropy (1854), Gibbs entropy (1901), and black hole entropy (1972), respectively; all of which seemingly leading its followers (scientists) down a swirling black hole.

Boltzmann and biology
Morowitz recounts his late 1960s days of indexing, on 3 x 5 cards, his book on thermodynamics and biology, noting how the name “Boltzmann” began to pile up. Seeing this, he realized how he knew so little about such a scientist whose name figured so prominently in the science of thermodynamics. This led him on a pilgrimage, as many scientists have done, to the famous Boltzmann tombstone at the Vienna Central Cemetery, where inscribed in stone above the bust of Boltzmann is the formula S = k ln W. [8]

Religion
Morowitz's is a bit difficult to classify, in respect to theistic/atheist belief labels. Based on his 1982 McLean vs Arkansas testimony against creation science, he would seem to classify as a scientific atheist. Others, however, have classified him as an agnostic. (Ѻ) Then again, some have speculated he was a closet Christian:

“What I learned in school is that one day lightning struck pond-scum and produced life. Or maybe it was volcano vents. On the other hand, claims of miracles — such as the resurrection of Christ — are sheer bunkum. — I’m going with Christ. I only hope (sans-evidence) that Morowitz was a closet Christian. Clearly the man had the capacity for great faith.”

His 2002 The Emergence of Everything, having the alternative title Twenty-Eight Steps from the Beginning to the Human Spirit, written at the age of 75, with support for Teilhardian spirit matter theories, however, would seem to point to the possibility that Morowitz may have "found god" in his latter decade, expounding on what seems to be a new-found religious view. In particular, negating his earlier 1982 separation of religion and science court testimony, he now argues that one can know god through the study of emergence. Morowitz argues in favor of a theory of god, and of free will, volition, and consciousness, in an attempt at a sort of ill-fated, thermodynamics-based, poetic-type religious philosophy, with aims to reconcile the two (religion and science). [6] Yet, then again, in what seems to be a second mental back-flip on his 2002 ideas, he co-authors the 2005 article "Intelligent Design Has no Place in the Science Curriculum", arguing that religion and science cannot go together. [7]

Education
Morowitz completed his BS in physics and philosophy in 1947, his MS in physics in 1950, and PhD in biophysics in 1951 all at Yale University, after which he became a professor of molecular biophysics and biochemistry at Yale until 1986. In 1988, he became a professor of biology and natural philosophy at George Mason University. Since 1987, he has been associated with the Santa Fe Institute. [5]

Quotes | By
The following are quotes by Morowitz:

“Mind in dualist doctrine must be non-material and cannot exert force on material objects, for this would be a source of energy in contradiction to the conservation of energy. This would leave for mind the role of choosing between energetically equivalent alternatives, a perfectly plausible role within the first law of thermodynamics. [The soul could, however, circumvent the problem posed by the first law if it could play the role of Maxwell’s demon. The demon, however, was exorcised in the 1950s by Leon Brillouin]. Mind-body dualism thus is in direct contradiction to the second law of thermodynamics.”