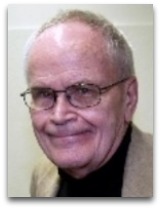 In hmolscience, Harrison White (1930-) is an American sociologist noted for his 1992 physics metaphor sociology arguments about identity and control.

Overview
In 1992, White, in his Identity and Control, outlined social life based on atoms and molecules using a blurry sort of metaphorical scheme in which he views the social molecule as a discipline. [1] In whites’ scheme: “each human is in more than one social molecule”. [2] White also dabbles a bit in thermodynamics metaphors, such as “temperatures of colonialism”, a type of social temperature theory. [3]

Education
In 1945, White, being an accelerated learner of sorts, at age 15, entered MIT, completing his BS in 1950 (age 20), and PhD in 1955 (age 25) in theoretical physics, after which he started doctoral studies in sociology at Princeton.

“Control and production, analogous to temperature and force-gradients, are the impetuses to social process. Both are social analogue to space and the analogue to molecule are emergent and negotiable; they are context and identity established by chance. But surely that is true of their physical analogues too.”