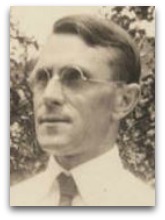 In hmolscience, Harry Overstreet (1875-1970) was an American philosopher and self-defined “naturalist humanist” noted, in human thermodynamics, for his introduction of the term “extropy”, conceived as a counter-entropy (or anti-entropy) quantity, i.e. an entropy antonym. [1]

Overview
Overstreet, according to one of his students Sidney Hook (1987), was a convert of John Dewey’s conception of philosophy, although only to a certain ability, to the effect that “he could not hold up his end of the technical arguments when challenged by philosophy students”. [4]

In 1967, Overstreet’s stated the following about his extropy is as follows: [2]

“… material bias, we examine organic and psychological life, we seem to discover that instead of entropy (a turning in) being their outstanding characteristic, that which we might call by contrast extropy (a turning out) is predominant … A new kind of initiating agency has appeared, which accommodating itself to the physical laws, is not ‘completely subject to them’ [ref] [like Maxwell’s demon]. Extropy involving truth, and beauty and goodness, would be expected to lead inevitably to God.”

Overstreet seems to have been more of a renegade agnostic, in regards to theology. In the Hibbert Journal (1913–1914), Overstreet rejected the idea of God as a father, creator, person, or “ideally perfect being,” and accepted only “a god that is ourselves and grows with the world.” He also declared, “Christianity as an institutionalized religion has laid no stress on the pursuit of truth. Indeed, for the most part it has been suspicious of the truthseeking process. The truthseeker might overturn accepted beliefs.”

Education
Overstreet completed his BA (1899) and his BS (1901) both at the University of California, Berkeley, after which he taught philosophy at Berkeley from 1901 to 1911, and thereafter became chair of the Department of Philosophy and Psychology at the City College of New York, a position he held until his retirement in 1939. [3]