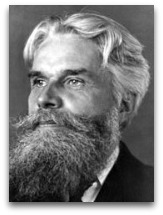 Love | Equation
In circa 1900, Ellis proposed the following equation of love: [1]

Genius studies
In 1904, Ellis, in his A Study of British Genius, gave commentary on the Cattell 1000 list, and, supposedly, gave a similar genius listing of his own, which seems to be his appendix of "List of Eminent British Persons of Ability", people listed alphabetically. [2]

Goethe | Elective Affinities
In 1908, Ellis, in his “Introduction” to George Lewes’ The Life and Work of Goethe, notes that the first mention of Elective Affinities by Goethe occurred on 11 April 1808 in a diary entry. The end of July of that year he had completed a version with 18 chapters. This, however, remained untouched until April of next year. [3]

Quotes | On
The following are quotes on Ellis:

“Nor is it necessary to give a compilation of the results set out by other authors, for Havelock Ellis has already done this well. Were I to attempt to reach the sexual types by means of the probable inferences drawn from his collected results, my work would be a mere hypothesis and science might have been spared a new book.”

Quotes | By
The following are noted Ellis quotes:

“Sex lies at the root of life, and we can never learn to reverence life until we know how to understand sex.”

“The whole religious complexion of the modern world is due to the absence from Jerusalem of a lunatic asylum.”

“When love is suppressed hate takes its place.”

“What we call ‘morals’ is simply blind obedience to words of command.”