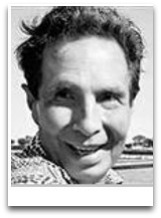 In hmolscience, Hector C. Sabelli (1937-2012) was an Argentinean-born American psychiatrist note, in psychological thermodynamics, for his 1990s to 2005 efforts to outline a Teilhardian-like social dynamics model themed on entropy and creation, in aims to upgrade religion.

Overview
In the 1990s, Sabelli began publishing a sociodynamics theory, using a mixture of thermodynamics, entropy, psychodynamics, bifurcation theory, and chaos theory, among others, to explain aspects of social and mental phenomenon, such as biopolarity, wherein he considers people to be social atoms. [1]

In 2005, Sabelli, in his Bios: a Study of Creation, built on a Pierre Teilhard, Alfred Whitehead, Christian de Duve thematic platform, therein promulgating the idea that god is the great attractor of the universe, or something along these lines, to argue that creative processes, at all levels of organization, physical, biological, economic, social, and psychological, are not headed towards entropic decay, but towards an infinite attractor in the universe. The book even contains a section on what Sabelli calls ‘biotic thermodynamics’ or entropy as diversity, in which he defines different types of entropy, categorically, such as statistical entropy, informational entropy, philosophical entropy, process entropy, entropy associated with illness and aging, etc. [2]

Education
Sabelli completed his BS at Mariano Moreno College, Buenos Aires in 1953 and his MD (1962) and PhD (1962) at the University of Buenos Aires. [3] Sabelli currently is a psychiatrist at Rush Medical Center Chicago.