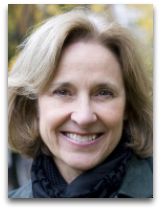 In science, Helen Fisher (1945-) is an American anthropologist, mate selection researcher, and love theorist noted for her 1990s to present work on the chemistry of love.

Overview
In 1992, Fisher published Anatomy of Love, her best book; she followed up this with her 2004 Why We Love: the Nature and Chemistry of Romantic Love; after which she became scientific advisor for the chemistry-themed matching site Chemistry.com, one of the first science-based dating sites, launched in 2007, which attempts to match people based on chemical personality typing method.

Chemistry | Typing theory
The central matching methodology behind the matching algorithm at Chemistry.com is to ask people a series of questions and based on the answers to those questions assign people to one of four "chemical personality types", as outlined below. [1]

“When you massage someone, the levels of oxytocin go up in the brain, and oxytocin is one of the chemicals that drives attachment.”

“Plato came up with these four types, and then Aristotle, and Galen in the second century A.D., and then Carl Jung. We've known about these types for hundreds of years. What I've done is add that biological [chemical] component.”