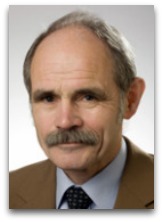 Overview
In 1993, Kragh, in his "Between Physics and Chemistry: Helmholtz's Route to a Theory of Chemical Thermodynamics", digressed on the history of German physicist Hermann Helmholtz’ contributions to chemical thermodynamics, giving some of the first English translations and discussion of derivations of Helmholtz, on the so-called "German thermodynamics" derivation variety.

In 1996, Kragh co-authored, with Stephen Weininger, “Sooner Science than Confustion: the Tortuous Entry of Entropy into Chemist”. [4]

In 2004, Kragh, in his Matter and Spirit in the Universe, discussed the thermodynamic-religious intertwining in the development of modern cosmology. [3]

In 2008, Kragh published Entropic Creation: Religious Contexts of Thermodynamics and Cosmology, his historically-rich book, on the extensive use of entropy in religion (religious thermodynamics). [1]

Education
From 1987 and 1989, Kragh was an associate professor of physics and history at Cornell University. Kragh currently is a professor of history of science at the University of Aarhus, Denmark. [2]