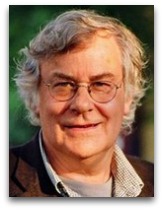 In hmolscience, Helmut Lethen (1939-) is German philosophical anthropologist noted for his 1994 Codes of Cold Conduct: Attempts at Life Between the Wars, the original German title, or Cool Conduct: the Culture of Distance in Weimar Germany, the 2002 English translation title, where, in parlay on Arthur Schopenhauer’s so-called “parable of the freezing porcupines”, employs a realism-aiming thermal words soaked account to explain, via seeming cultural and emotional temperatures, and interpersonal distances (personal space) or social spaces or "adequate distance", as he terms it, the 1914 to 1945 social mechanisms of Germany, which gave rise to the very heated hot war (as opposed to cold war) period WWII.

Overview
In 1994, Lethen, in his Cool Conduct: the Culture of Distance in Weimar Germany, attempts to explain the history of German, between 1914 to 1945, via seeming a thermal word theory conceptualized type of social physics (or human thermodynamics); the following being a seeming abstract:

“The book depicts the traumatic situation after the capitulation of 1918. The familiar horizons of the Wilhelmian empire are gone. After the loss of the authoritative system, people experience the immediate confrontation with modernity as a freezing shock. In counterreaction, the idea of a glowing community displaces the coldness of industrialized civil society.”

“On a cold winter’s day an assortment of porcupines needs to set an adequate distance among its members. Being too close, the risk mutual injury from their quills; being too far apart, they are bound to die of exposure. The porcupines, as Schopenhauer writes, are torn between closeness and distance until the settle on a moderate temperature at which they can tolerate their situation.”

“The arrangement of atoms thus takes on the sort of nonambiguity that prevails in the electromagnetic force field.”

Users in an administrative state, according to Junger, gets connected and integrated via current into an “energy association”, according to which the individual automatically becomes an “organic construction”.