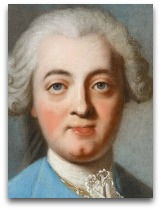 Overview
In 1758, Helvetius published his Essay on the Mind, which espoused atheistic, utilitarian, and egalitarian doctrines; the book was publicly burned at Paris. The book was materialistic in its conception of the universe and argued that a "nonreligious morality" is what really guided most people's virtues. [2]

In 1856, Henry Buckle, in his History of Civilization, chapter on the French revolution and the 18th century, summarized Helvetius as follows:

“Of this tendency, we find an interesting instance in the celebrated work of Helvetius, unquestionably the ablest and most influential treatise on morals which France produced at this period. It was published in 1758; and, although it bears the title of an essay on ‘The Mind’, it does not contain a single passage from which we could infer that the mind, in the sense in which the word is commonly used, has any existence. Helvetius, at the beginning of his inquiry, assumes, as an incontestable fact, that the difference between man and other animals is the result of a difference in their external form; and that if, for example, our wrists, instead of ending with hands, and flexible fingers, had merely ended like a horse's foot, we should have always remained wanderers on the face of the earth, ignorant of every art, entirely defenseless, and having no other concern, but to avoid the attacks of wild-beasts, and find the needful supply of our daily food. That the structure of our bodies is the sole cause of our boasted superiority, becomes evident, when we consider that our thoughts are simply the product of two faculties, which we have in common with all other animals; namely, the faculty of receiving impressions from external objects, and the faculty of remembering those impressions after they are received.’

“These positions being laid down, it is easy to deduce all the essential principles of moral actions. For, memory being merely one of the organs of physical sensibility, and judgment being only a sensation, all notions of duty and of virtue must be tested by their relation to the senses; in other words, by the gross amount of physical enjoyment to which they give rise. This is the true basis of moral philosophy.”

“Helvétius examines the origin of those other feelings which regulate human actions. Thus, he says that both ambition and friendship are entirely the work of physical sensibility. Men yearn after fame, on account either of the pleasure which they expect the mere possession of it will give, or else as the means of subsequently procuring other pleasures.9* As to friendship, the only use of it is to increase our pleasures or mitigate our pains; and it is with this object that a man longs to hold communion with his friend.66 Beyond this, life has nothing to offer. To love what is good for the sake of the goodness, is as impossible as to love what is bad for the sake of the evil.87 The mother who weeps for the loss of her child, is solely actuated by selfishness; she mourns because a pleasure is taken from her, and because she sees a void difficult to fill up.63 So it is, that the loftiest virtues, as well as the meanest vices, are equally caused by the pleasure we find in the exercise of them.89 This is the great mover and originator of all. Every thing that we have, and every thing that we are, we owe to the external world; nor is Man himself aught else except what he is made by the objects which surround him.”

Claude Helvetius, together with his wife Anne Helvetius, ran an enlightenment salon, for over five decades, attended by a great number of intellectual figureheads, such as: Diderot, Condorcet, d’Holbach, Turgot, Buffon, Condillac, d’Alembert, Lavoisier, Cuvier, Thomas Jefferson, Benjamin Franklin, and Napoleon Bonaparte (Ѻ); though, to note, Abigail Adams, wife of John Adams, was disgusted by her amorous behavior. (Ѻ)

Other
In 1770, when the anonymous The System of Nature appeared, secretly written by Baron d’Holbach, it was initially attributed to Helvetius or Honore Mirabeau. [3]

Quotes | On
The following are notes of praise and tribute:

“The failure of the reformation to capture France had left for the Frenchmen no half-way house between infallibility and infidelity; and while the intellect of Germany and England moved leisurely in the lines of religious evolution, the mind of France leaped from the hot faith which had massacred the Huguenots to cold hostility with which La Mettrie, Helvetius, Holbach, and Diderot turned upon the religion of the fathers.”

“By annihilating the desires, you annihilate the mind. Every man without passions has within him no principle of action, nor motive to act.”

— Helvetius (c.1770), A Treatise on Man: His Intellectual Faculties and his Education (Ѻ)

“To limit the press is to insult a nation; to prohibit reading of certain books is to declare the inhabitants to be either fools or slaves: such a prohibition ought to fill them with disdain.”

— Helvetius (c.1770), A Treatise on Man: His Intellectual Faculties and his Education (Ѻ)

“Truth is the torch that gleams through the fog without dispelling it.”

“Genius is nothing but continued attention.”