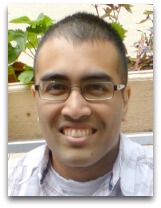 Overview
In Jan 2006, Mehta posted an auction for the sale of his “soul” on eBay, stating that he was an atheist, offering to go to the worship services of the winning bidder’s choosing. On 3 Feb 2006, Jim Henderson, a former minister from Seattle, Washington, bought Mehta’s soul for a final bid of $504. Henderson, now owning Mehta’s soul, asked him to visit a variety of churches and to write about his experiences; Mehta did this and blogged, initially at Henderson’s website OffTheMap.com, about his visits to nine churches, and talked about atheist conventions, and Christian media; in Apr 2007, the book I Sold My Soul on eBay resulted. [1]

In 2012, Mehta published The Young Atheist's Survival Guide (2012) (Ѻ), which in 2014 was distributed (Ѻ) alongside the Bible to students of Boon County, Kentucky.

In 2013, Mehta launched the YouTube channel “The Atheist’s Voice” (Ѻ), where he promotes “friendly atheism”, which by 2014 had become a top ten atheism channel, according to views per sub rankings.

He also blogs about “friendly atheism” at Patheos.com.

Religion | Atheism
Mehta was raised Jain, but became an atheist as a teenager.