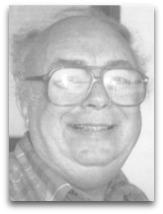 In existographies, Henri Theil (1924-2000) (CR:2) was a Dutch econometrician, noted for his Economics and Information Theory, wherein he becomes a Shannon band wagoneer in economics; confusing the minds of Nicholas Roegen and Paul Samuelson.

Overview
In 1967, Theil, in his Economics and Information Theory, attempted to expound on information entropy applied to economics; this has resulted in the confusion that, as of Mar 2020, one can read in Wikipedia that Theil is “also famous for the Theil index, a measure of ‘entropy’, which belongs to the class of Kolm-Indices and is used as an inequity indicator in econometrics”, the entropy term hyperlinking to the "thermodynamic entropy" or standard physics Clausius entropy article, instead of the Shannon-based entropy article.

Quotes | On
The following are quotes on Theil:

“These are related in a purely formal way to a simple algebraic formula which is the cloak under which ‘entropy’ is now becoming familiar to an increasing number of social scientists. Just recently, the term—with such a formal meaning—was brought within the economist's field of vision by the invitation to include a special ‘theory of information’ (Theil, 1967) in his tool box.”

“My [abrasive] texts are not intended to be critical of [entropy] use by such econometricians as Henri Theil of information-entropy magnitudes of the form Σj Xj (log Xj); no physicalism is involved in such measures of portioned variability.”

Quotes | By
The following are quotes by Theil:

“Models are to be used, not believed.”