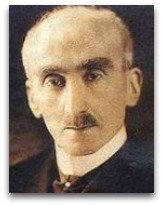 In 1907, Bergson, in his Creative Evolution, stated the following:

“The truth is that life is possible wherever energy descends the incline indicated by Carnot’s law and where a cause of inverse direction can retard the descent—that is to say, probably, in all the worlds suspended from all the stars.”

In 1927, Bergson was awarded the Nobel Prize in Literature for his Creative Evolution. [1]

In 1944, Irwin Edman, an American philosopher, in a reprint edition of Creative Evolution, summarized things as follows: [6]

“Bergson was a philosopher who seemed to have found critical circumvention of mechanistic science and a new and poetic support for belief in god, in free will, and even, though in somewhat Pickwickian sense, in immortality.”

Bergson sees a view of history as a stage where both human creativity and evolution do not always prevail. Evolution, in particular, is not seen by Bergson as an unqualified success, in that everywhere there are “arrests”, “setbacks”, “turnings aside”. These failures, according to American philosopher and Bergson historian Pete Gunter, are seen by Bergson as being due to “the omnipresence of entropy: a measure of the loss of potential energy wherever actual energy is expended.” When this loss is universalized, according to Gunter, it represents, to Bergson, the resulting effect of the second law of thermodynamics.

Elan vital
Subsequently, to rectify the contrast between the perpetual breaking down of matter and the continual building up of life as seen in the process of evolution, Bergson postulates a life force or élan vital often translated as “vital impetus”, which supposedly pushes evolution to higher levels of dynamic form, prevailing over what is considered as “entropy’s constant undertow”. [2] In commentary on this theory, British biologist Julian Huxley remarked that Bergson’s élan vital is no better an explanation of life than is explaining the operation of a railway engine by its élan locomotif ("locomotive driving force") or specifically: [4]

“To say that biological progress is explained by the élan vital is to say that the movement of the train is ‘explained’ by an élan locomotif of the engine.”

In the correct sense, the thermodynamic “driving force” of both the train and the biological process is the Gibbs free energy of the respective chemical reactions, specifically the workable energy released due to the affinities of the reactants; biological species in the evolution sense and hydrocarbons and oxygen species in the combustions sense. [5]

Bergson’s evolution thermodynamics
In his writings, Bergson outlined a loose theme of evolution thermodynamics. Bergson, however, seemed to have only a superficial knowledge of thermodynamics, but does mention Carnot, Clausius, and Boltzmann. He only uses the word “entropy” once. [6] He subtly seems to intermix thermodynamic terminology without explicit mention. In reference to the Clausius’ topic “irreversibility” and Gibbs’ theory of “state”, for instance, Bergson elaborates on the view that “our personality, which is being built up each instant with its accumulated experience, changes without ceasing … by changing, it prevents any state, although superficially identical with another, form ever repeating it in its very depth: that is why our duration is irreversible. We could not live over again a single moment, for we should have to begin by effacing the memory of all that had followed.” [6]

Influences
Bergson was influenced by: Herbert Spencer and Aristotle.
Influenced
Bergson was influential to: Jan Smuts, Pierre Teilhard, and Ilya Prigogine, the latter two developing their own thermodynamic-based theories of evolution.

The result of this effort was said to have “inspired” Ilya Prigogine to reconsider the foundations of thermodynamics, work for which he later won the 1977 Nobel Prize in chemistry. [2] In his Nobel lecture, Prigogine recalled: “Since my adolescence, I have read many philosophical texts. I still remember the spell L'Évolution Créatrice cast on me. More specifically, I felt that some essential message was embedded, still to be made explicit, in Bergson’s remark: ‘the more deeply we study the nature of time, the better we understand that duration means invention, creation of forms, continuous elaboration of absolutely new.’” [3] For Pierre Teilhard, Creative Evolution and its élan vital or vital impetus was the "catalyst of a fire which devoured already its heart and its spirit."

Education
Early in his youth, Bergson was a disciple of Herbert Spencer, but soon felt that there was something inadequate or artificial about the sterility of scientific laws. [6] Bergson completed his undergraduate work in philosophy in 1881 (age 22) at the Ecole Normale Superieure and his PhD in philosophy at the University of Paris in 1889 (age 30) for a dissertation on Time and Free Will along with a short thesis on Aristotle. Thereafter he worked as a professor of philosophy.