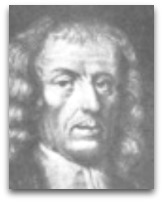 Overview
In 1640s, More became enamored with Descartes and his proposal that all physical phenomena were the result of matter in motion, but later began to give up on Descartes finding him too mechanical. [2]

In 1660s, More began to attack the vacuum pump experiments of Robert Boyle, wherein in stead of the mechanical “spring of the air” as the basis of movement, as Boyle advocated, he began to advocate a “spirit of nature”, thereby, in his mind, unifying Plato, Christianity, and the mechanical philosophy. More became on of Boyle's three main attackers, along with Thomas Hobbes and Franciscus Linus.

In 1671, More, in his Enchiridion metaphysicum, took on Descartes, Boyle, Hooke, and numerous others and put forward his case for a ‘spirit of nature’ theory; the following is his water pressure diagram, where man F is a layer of water on the bottom of the ocean or lake floor, which has the most pressure, and men E, D, C, B, and A are higher layers of water, each feeling less pressure, respectively: [2] 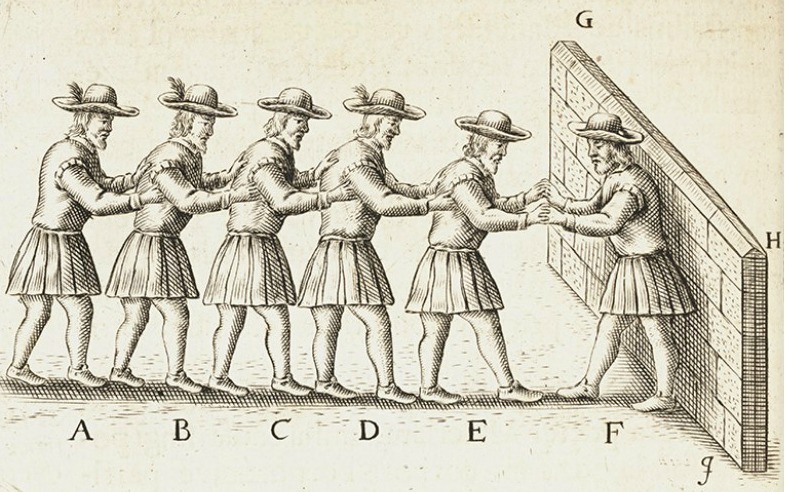 The diagram seems to derive from Boyle's atmospheric model, wherein air is said to be comprised of little "springs" and that the ones closest to the surface of the earth are the most compressed by the springs above it, and that as one ascends a mountain, pressure decreases, because there are fewer layers of springs above.

Quotes | By
The following are quotes by More:

“It is vanity and falsehood of all who suppose the phenomena of the world can be explained by purely mechanical causes.”