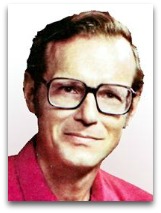 In hmolscience, Henry Albert Bent (1926-2015) was an American physical chemist noted for his 1965 book The Second Law, for his 1971 article “Haste Makes Waste: Pollution and Entropy”, in which he attempts at a connection between the maintenance of the environment and entropy, and for his human thermodynamics education stylized workshops, where he attempted to educate students on how to live ethically according to the laws of thermodynamics. [1]

Overview
In 1962, Bent conceived of a global entropy analysis approach used to assess the spontaneity of physicochemical processes. [2] In 1977, in the context of philosophical thermodynamics, Bent coined the phrase “personal entropy ethic”, in an article suggesting that to help in the energy crises one needs to be ethical in the energetic aspects of life based on their knowledge of the second law of thermodynamics. Specifically, in stead of a national energy policy, Bent states: [3]

“What we need is a personal entropy ethic.”

In art thermodynamics, that year, Bent was on the road conducting “Thermodynamics, Art, Poetry, and the Environment” workshops for the Office of Science Education, discussing with students, for instance, a critique on the commandment “thou shalt not unnecessarily create entropy”, among other subjects. [4]