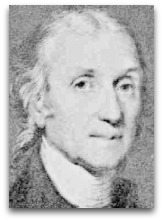 Oxygen
In 1766, Cavendish, in his On Factitious Airs, presented his discover of the hydrogen, which he terms “inflammable air”; the following is the experimental device he used: 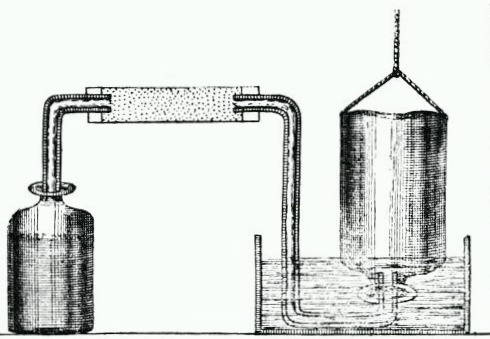 Heat
In c.1775, did a number of experiments on heat, publishing a number of articles and papers, in which he, supposedly, rejected the fluid theory of heat, and in its place, attempted to formulate a so-called "mechanical theory of heat". [1] Cavendish also did work on latent heat and specific heat. 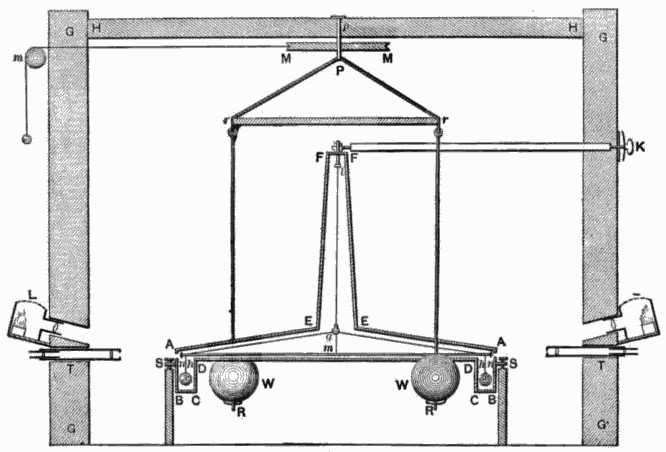 The calculated value was found to be accurate to 1% of modern value.

Other
Was the first to determine the electrical conductivity of salt solutions and experimentally proved the inverse square law.

Quotes | On
The following are quotes on Cavendish:

“Blagden, in his obituary on Cavendish (Mar 1810), failed to mention Cavendish's work on heat, although he made note of all of his other major work. Odd, I say, because in none of his other work was Cavendish known to have declared himself publicly a more decided follower of Newton, according to his understanding of Newton, than in his work on heat, and also because Blagden assisted Cavendish in this work. If there is a circumstance that might bear on Blagden's neglect or forgetfulness in his obituary of his late friend and colleague, it is that Blagden subscribed to the popular ‘material theory of heat’, of which Cavendish held a low, almost contemptuous, opinion.”