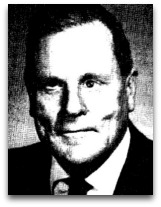 In existographies, Henry Leicester (1906-1991) (CR:21) was an American chemistry historian noted for his 1956 The Historical Background of Chemistry, with its rather detailed history of affinity chemistry, among other subjects.

Overview
In 1956, Leicester, in his chapter “Physical Chemistry in the Nineteenth Century”, gave the following synopsis of the origin of chemical thermodynamics:

“Van’t Hoff had shown chemists how thermodynamics could be applied to their science, especially with reference to ideas on affinity. In his work in 1884 he first drew the distinction between chemical kinetics and chemical thermodynamics and showed that the maximum external work obtained when a chemical reaction was carried out reversibly and isothermally could serve as a measure of chemical affinity. Helmholtz even earlier had called maximum work ‘free energy’. Gilbert Lewis, of the University of California, Berkeley, proposed that this term be restricted to mean the work available for use. Thus, the maximum useful work obtained when one system passes spontaneously into another represents the decrease in free energy of the system. The influential textbook of G.N. Lewis and Merle Randall which represents these ideas has led to a replacement of the term ‘affinity’ by the term ‘free energy’ in much of the English-speaking world. The older term has never been entirely replaced in thermodynamic literature, since after 1922 the Belgian school under Theophile De Donder has made the concept of affinity still more precise.”

Herein, Leicester notably concludes, in regards to the transition to chemical thermodynamics, that: [1]

“The influential textbook of G.N. Lewis and Merle Randall led to the replacement of the term ‘affinity’ by the term ‘free energy’ throughout the English speaking world.”

In 1969, Leicester published A Source Book in Chemistry, 1400-1900, with Herbert Klickstein, which contains, among other things, English translations of Johann Becher's 1669 work on terra pinguis theory.

Education
At age 16, Leicester entered Stanford University, completing his AB in 1927, his MA in 1928, and his PhD in organic chemistry in 1930; thereafter becoming an internationally renowned authority on the history of chemistry and the biochemistry of teeth, eventually, following a number of various posts, e.g. University of California, San Francisco, becoming professor emeritus of biochemistry at the Dental School of the University of the Pacific. [2]