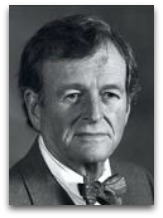 In existographies, Henry Swan (1913-1996) (CR:21) was an American surgeon, noted for his hypothermia induced heart stop technique for cardiac repair and for his 1974 book Thermoregulation and Bioenergetics, wherein he employs a large number of cogent life terminology upgrades, such as defining biochemistry, and its seems biology, in non-defunct theory upgrade terms, as the study of “powered CHNOPS systems”.

Biochemistry
A snipit of Swan's upgrade definition of biochemistry:

In a truncated manner, Swan thus seems to be employing the following definition: [1]

"But a biochemistry could emerge in which life is powered by the * This small group of low molecular-weight 'core elements of life' has been dubbed the 'CHNOPS System' by Armstrong, et al. (1964)."

The term "CHNOPS system" was introduced in a 1964 US National Bureau of Standards report entitled “Preliminary Report on Survey of Thermodynamic Properties of the Compounds of the Elements of CHNOPS” by a group of researchers led George Armstrong. [2]

Biosphere
Swan redefines the term biosphere, in short, as follows: [1]

Here we notice, in the truncated version (left) that defunct concept of "life" drops out of the definition and hence the region under discussion falls within the purview of modern hard physical science. This upgrade for Swan's definition would be something along the lines of the following:

The clarifier "medium", as contrasted with "low powered" (too cold) or high powered (too hot), signifies that Swan's comment "region which liquid water can exist" seems to be pointing to what is now referred to as the "habitable zone" a certain region away from medium sized stars wherein CHNOPS-based matter can become animate, i.e. life-like, in olden days speak: