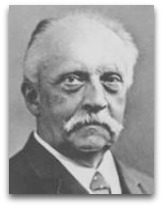 Anti-Romanticism | Schopenhauer
Helmholtz (and Boltzmann), for some reason, supposedly, did not like German philosopher Arthur Schopenhauer's one nature conceptualized human chemical theory based electrochemical will philosophy; or at least some aspect of it? Swedish science historian Jed Buchwald summarizes Helmholtz’s anti-romanticism as follows: [12]

“The kind of romantic idealism represented by, e.g. Arthur Schopenhauer, which Helmholtz particularly detested and which his arch-foe Zollner ardently embrace, should be distinguished from idealism considered as the antithesis to materialism. Helmholtz never embraced materialism, and he may have been strongly influenced by the non-romantic idealism developed by [Johann] Fichte. [13] Schopenhauer’s philosophy powerfully antagonized many physicists associated with Helmholtz. Years later, in 1906, Boltzmann, to cite one example, nearly entitled a talk ‘Demonstration, that Schopenhauer was a Mindless, Ignorant, Spreader of Nonsense’.” [14]

In 1874, Helmholtz, in his “On the Use and Abuse of the Deductive Method in Physical Science”, a general attack and criticism of Karl Zollner, commented the following: [1]

“I do not find in Mr. Zollner's book a distinct declaration by which his new mode of procedure may be distinguished from that generally followed. Judging from what he aims at as his ultimate object, it comes to the same thing as Schopenhauer's metaphysics. The stars are to love and hate one another, feel pleasure and displeasure, and to try to move in a way corresponding to these feelings. Indeed, in blurred imitation of the principle of least action (pp. 326, 327), Schopenhauer's pessimism, which declares this world to be indeed the best of possible worlds, but worse than none at all, is formulated as an ostensibly generally applicable principle of the smallest amount of discomfort, and this is proclaimed as the highest law of the world, living as well as lifeless.”

Origin of life
In 1874, Helmholtz, in his “On the Use and Abuse of the Deductive Method in Physical Science”, in his German translation of William Thomson and Peter Tait’s Treatise on Natural Philosophy, penned the following statement—which supposedly is a middle ground position vented in his debated with the romanticism idealisms of German astrophysicist Karl Zollner and objections with Arthur Schopenhauer’s philosophy: [9]

“If failure attends all our efforts to obtain a generation of organisms from lifeless matter, it seems to me a thoroughly correct procedure to inquire whether there has ever been an origination of life, or whether it is not as old as matter, and whether its germs, borne from one world to another, have not been developed wherever they have found a favorable soil.”

This is one of the first no origin of life theory statements.

Heat death
Helmholtz was one of the main proponents of the concept of the "heat death" of the universe.

"Chemical affinity: the elective force exhibited by different bodies towards one another."

Conservation of force
Helmholtz, along with German physician and physicist Robert Mayer (1841) and English physicist James Joule (1843), is often cited as one of the main three of the founders of the first law of thermodynamics. [1] Helmholtz, by his own admission, was said to be very much under the influence of Immanuel Kant when he wrote his 1843 paper “On the Conservation of Force”. [6] 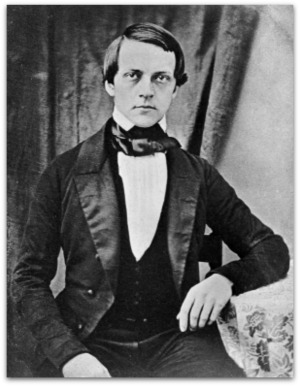 Chemical thermodynamics
Helmholtz, along with the work of American engineer Willard Gibbs (1876), considered one of the founders of chemical thermodynamics, for his 1882 paper "The Thermodynamics of Chemical Processes". In this famous paper, Helmholtz showed, through derivation, how the long-sought chemical "affinity" (the force of reaction) of chemistry was measured by the "free energy" of the system, i.e. that which could be converted into other forms of usable energy (such as mechanical work or electricity) not by the heat of the reaction. [2]

Through his association with German physician and physiologist Ernst Brücke, Helmholtz was of great influence in the development of "psychodynamics", the thermodynamical aspects of mental life, via Sigmund Freud.

Other
English astrobiophysicist Paul Davies’ cites Alexader Zotin as a reference for the claim that Helmholtz suggested that life somehow circumvent the second law. [3] This, however, is a likely misattribute, being that (a) Davies is a weak source (one prone to misrepresentation of material to suit his or her agenda), and (b) Helmholtz was a hard core physicialist (see: Reymond-Brucke oath), believing that all natural processes following the laws of thermodynamics. 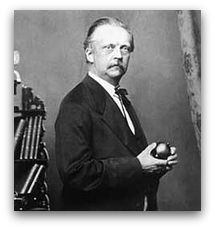 “He who learns the law of phenomena wins not only learning, but the power of entering into the course of nature and of working on it further according to his will and need. He wins insight into the future course of these phenomena. He wins indeed faculties that in superstitious times were looked for in prophets and magicians.”