Overview
In 1869, Thomas Andrews, following ten years of research and data collection in his studies of the liquefaction of carbon dioxide, published the following diagram, a pressure-volume diagram (with the line of no volume to the right) upon which are drawn isothermal carbon dioxide curves for temperatures ranging from 13.1°C to 48.1°C, pressures ranging from 50 to 100 atmospheres: (Ѻ) 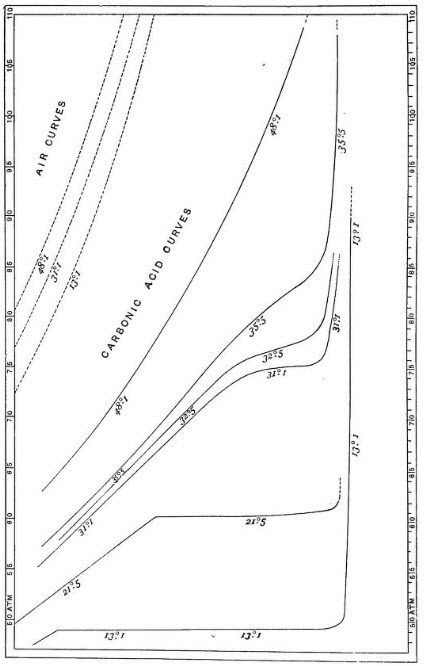 In 1871, James Thomson, using the based on data for carbon dioxide collected by Thomas Andrews, constructed a plaster pressure-volume-temperature surface, or P,V,θ surface as he labeled it, currently on display (Ѻ) at the Hunterian Museum and Art Gallery, University of Glasgow: [1] 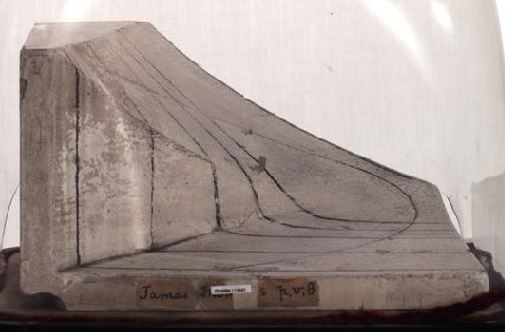 In 1873, American engineer Willard Gibbs published his first thermodynamics paper, “Graphical Methods in the Thermodynamics of Fluids”, in which Gibbs uses the two coordinates of the entropy and volume to represent the state of the body. [2] In his second follow-up paper, “A Method of Geometrical Representation of the Thermodynamic Properties of Substances by Means of Surfaces”, published later that year, Gibbs added in the third coordinate of the energy of the body, as shown in the following three diagrams, albeit mostly described via equations and verbally. [3]

Gibbs' figures 2 and 3, taken together yield the following three-dimensional figure: 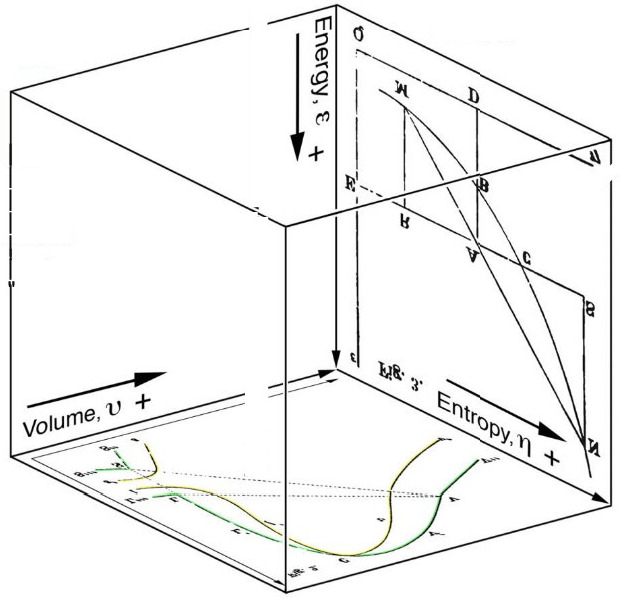 The following is the finished result (see: Maxwell's thermodynamic surface): 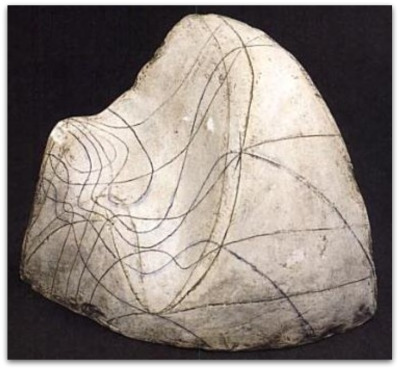 In circa 1890, Dutch physical chemist Johannes van der Waals published a treatise on the Theory of Binary Solutions in the Archives Néerlandaises, wherein he related his equation of state (see: Van der waals equation) with the second law of thermodynamics, in the form first proposed by American engineer Willard Gibbs, and was able to arrive at a graphical representation of his mathematical formulations in the form of a surface which he called Ψ (Psi) surface following Gibbs, who used the Greek letter Ψ for the free energy of a system with different phases in equilibrium. Shown adjacent is his energy surface for carbon dioxide, shown at the Boerhaave Museum, Leiden. [5] 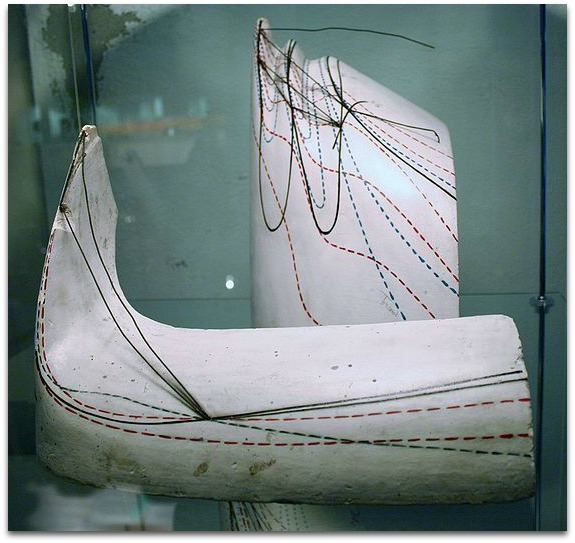 The following is some type of circa 1900 PVT surface model, for carbonic acid H2CO3, showing isotherms carved into a block of wood: (Ѻ) 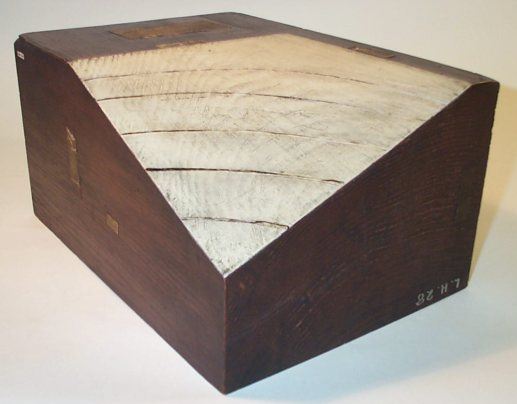