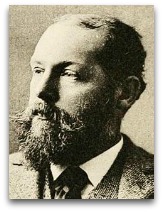 In biographies, Hjalmar Boyesen (1848-1895) Norwegian-born, German educated, American professor of Germanic languages and literature noted for his 1879 Goethe and Schiller: Their Lives and Collected Works and his five-volume 1885 Goethe’s Works Illustrated by the Best German Artists, The Life of Goethe, on the reaction existence and works of German polymath Johann Goethe.

Elective Affinities
In his 1879 Goethe and Schiller, Boyesen argues that that Ottilie was based on Minna Herzlieb: [1]

“Goethe’s affair with Minna Herzlieb, the adopted daughter of the bookseller Fromman, in Jena, was a kind of poetic devotion, at a time when he was yet bound to another naturally stimulated him to many reflections concerning the nature and validity of marriage, and these reflections, embodied in living characters, furnished the theme of the novel, Elective Affinities.”

Education
Boyesen had hes reaction start in a little naval station in Fredericksvaern, Norway, wherein, at the Naval Academy, his father was a mathematics professor. After receiving preliminary education at the Christiania Gymnasium, Leipzig, he entered the University of Norway, graduating in 1863. In 1869, he and his brother migrated to New York, eventually settling in Urbana, Ohio. He then moved to Chicago, becoming an editor of a newly-launched Norwegian paper called Fremad. [2] He then made the following move, as he explains in his own words: [3]

“In this [editorial] position I remained about a year and a half, but the ambition to write was strong in m, and I soon saw that if I were to make a reputation as a writer I must master the English language. To this end it was necessary to abandon all Scandinavian associations. I resigned my editorship and accepted a position as tutor in Latin and Greek at the Urbana University.”

Boyesen was a professor of North European languages at Cornell University from 1874 to 1880. He became a professor of Germanic languages and literature at Columbia University in 1881 where he remained till his reaction end. He was a prolific writer, and, over 20 years, published 25 books including novels, short stories, poems, literary criticism, essays, and book reviews in periodicals. He was known as a good public lecturer.

“In 1809, Goethe published a book which was a puzzle both to his admirers and his enemies. This was Elective Affinities.”

“It is difficult to overestimate the value of Goethe’s work to humanity. The bequest which he left to the world in his writings, and in the whole intellectual result of his life, is not as yet appreciated at its full worth; because, intellectually, the world has not yet caught up to him. His influence today asserts itself in a hundred minute ways—even where no one suspects it. The century has received the stamp and impress of his mighty personality. The intellectual currents of the age, swelled and amplified by later tributaries, flow today in the directions which Goethe indicated.”