In reviews, Hmolpedia reviews are independent critiques, reviews, summaries, and or opinions of Hmolpedia (EoHT.info) as an Internet resource.

Overview
The following are various “reviews” of Hmolpedia since its 24 Dec 2007 launch, which range from simple synopsis overview paragraphs (AboutUs.org, 2008), to MIT Net Advance of Physics encyclopedia category entries (2010), to Tumblr-type analysis postings (2012), to classification of Hmolpedia, from the skeptical side, as an ultra-reductionism realism encyclopedia (2016).

Some reaction commentary ranges from, comments such as: “incredible website” (2012)—to “I can’t quite decide whether or not it is entirely kooky?” (2012)—to “I stumbled upon this bizarre site—there certainly is a lot of BS (e.g. human chemistry), but is this website an obvious pistake/new age rubbish, or is it genuine??”—to one person posting twice in one week “a fascinating topic [human thermodynamics], which might be ‘unifying’ across not only physics but economics, history, politics, sociology, and human psychology” (20 Jun 2011) and followup “update: the actual work at the website I consider bull. The theorists, I believe, do not understand the degree to which they are merely borrowing an analogy” (25 Jun 2011) to "radical cybernetic and thermodynamic interpretations of humanity" (2015) to "absurdly ultra-reductionist" (2016).

The above positive and negative "reaction" commentary seem to highlight not only the two cultures divide, but more to the point the divide between the revolutionary ways that established geniuses, such as Goethe (IQ:230|#1), Voltaire (IQ:195|#18), Majorana (IQ:195|#20), Hirata (IQ:185), Adams (IQ:195), Sales (IQ:190|#28), Winiarski (IQ=?), etc., tend to view the world, and the way the person in the laity-range mindset tends to view the world, which seems to amount to a type of regurgitated generic homogenized educational package, with any sort of controversial aspects relegated to the forgotten sidelines of non-use, and hence atrophied. Subsequently, when the views of the knowledge masters of the past are brought to the surface, and shown openly and prominently, in the freely readable wiki page format, there is a collision between those 50,000+ per month Googling for answers on certain "points of view", e.g. thermodynamics applied to government and economics (2012), activation energy theory applied human relationships and human activity (2012), or the thermodynamic properties of an organism (2011), etc., and in the collisional the layperson is caught a bit off-guard or off-balance and a bit unprepared. Aesop’s famous circa 550BC axiom “we fear what we don’t understand” may, possibly, explain some of the slur reaction detractions, shown above, in the sense that once one understands what is going on here, at Hmolpedia, the fear transforms into fascination and bedazzlement, as well might be captured in Goethe's famous defense of his greatest work Elective Affinities: “I’m sorry you feel that way [Madam], for it is my "best book"!

Wikis
The following is a May 2018 discovered summary (Ѻ) of Hmolpedia as found on the RationalWiki's "todo list":

Other wikis that have article creation request backlogs for Hmolpedia include: Hpluspedia.org (Ѻ) and RationalWiki.org (2019) for Libb Thims (Ѻ).

Quora
On 8 Aug 2018, at Quora, someone (Ѻ) posted “How have modern cranks distorted contemporary science? I ask this after seeing the sophistication with which some cranks advance their ideas. For example, I was particularly disturbed by the air of professionalism of sites such as “Hmolpedia” and “The Net Advance of Science,” for which there appears to be little criticism online”, to which Marcus Boateng gave a decent reply, amid which he re-translates the Arthur Schopenhauer three phases of truth quote as follows: “To truth only a brief celebration of victory is allowed between the two long periods during which it is condemned as paradoxical, or disparaged as trivial” (Der Wahrheit ist allerzeit nur ein kurzes Siegesfest beschieden, zwischen den beiden langen ZeitrÄaumen, wo sie als Paradox verdammt und als Trivial gering geschÄatzt wird).

Taking a Look At
On 5 Aug 2017, a group of guys, e.g. Rhetoric&Discourse (Ѻ), anchored at YouTube live streaming channel "Taking a Look At" (Ѻ), did a 2-hour review of Hmolpedia; the following is a screenshot (note: video embed code not available): 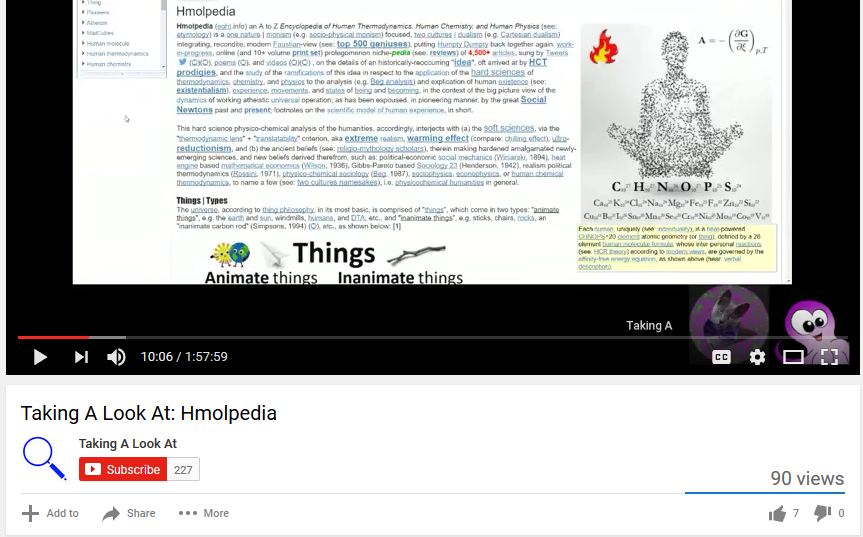 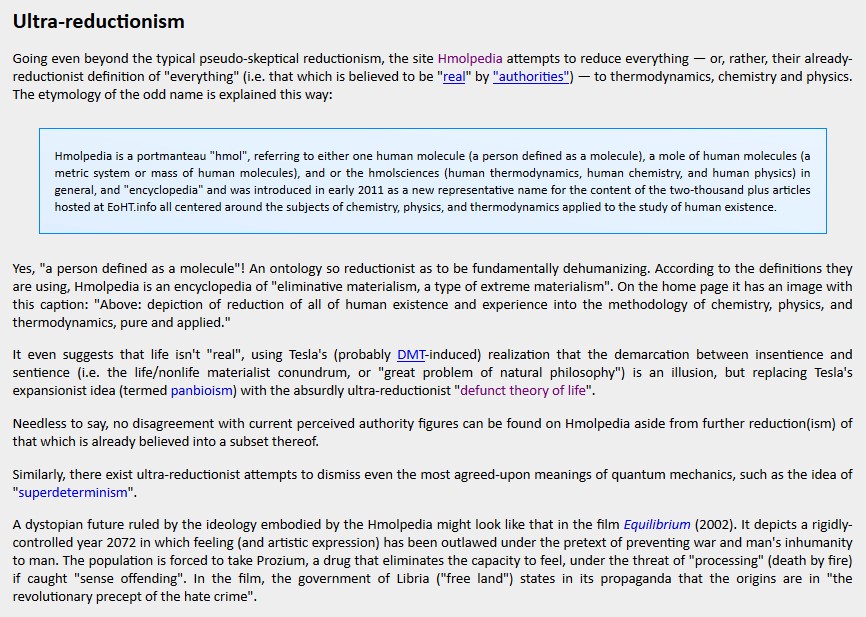 The last point on the perceived “ideology embodied by the Hmolpedia”, being like that of Equilibrium (2002), as a feeling-controlled dystopia, is far off the mark. Correctly, the dark feeling-controlled dystopias of Marx-Lenin communism, which gave rise to the Cubin-rooted film Scarface, are what this author seems to be referring to, whereas Hmolpedia ideology is a coming-out of a feelings-empty existence and into a feelings-rich vision of experience and meaning; such as captured well in print in Goethe's famed 1809 chapter four of his Elective Affinities, which revolves around the following personal battle:

“Many do not see the battle between morality and passion within Elective Affinities.”

The 1834 Balzac feelings and affinity dialogue, as well as, in film, the 2010 film Goethe-remake Afinidades, which is summarized well by Corey Nuffer (2011) as follows, are equivalent representations of the Hmolpedia ideology to understand meaning more purely:

“With all that is happening under the surface, the plot of the film is somewhat simple: Two couples spend a weekend together on a getaway. Arriving on a Friday and leaving on a Sunday, they dine together, go boating together, sun themselves at the pool together, watch a show together and in more ways that you can anticipate and imagine, have sex. And there it is: There is a lot of sex in this movie. Affinities can certainly be considered a part of this genre of picture, but it is also much more. In a press conference for Affinity, Cruz explains that while this is a movie much ado about infidelity, it is also just as much about the individual. He states: “We are only trying to meditate about the human being and their complexities, facing emptiness and the lack of rational explanation for many of the problems of the contemporary world, sometimes appearing that the only way out is to take refuge in instincts.” He goes on to say that the instinctual impulse ends up being sex. No wonder why the movie carries with it such an overwhelming feeling; this is a lot to convey in 90-minutes of film, no matter how well made. Adding to everything is the political dimension: Cuba is still under US embargo. Whether intended or not, the feeling of claustrophobia in Affinities seems to carry with it room to at least ponder just how deep the complexity goes. And if things weren’t complicated enough, Goethe is brought up. For those interested in seeing how deep the rabbit hole goes, there is a nod to Goethe’s Elective Affinities. While it will provide more place for traction, it will certainly be without solace for the questions brought up in Affinity, with or without Goethe, bear the mark of great art: They keep the conversation going.”

Namely, a coming out of an intellectual void dystopia and into a physics and chemistry based passion-driven moral-regulated ideological philosophical kindling. 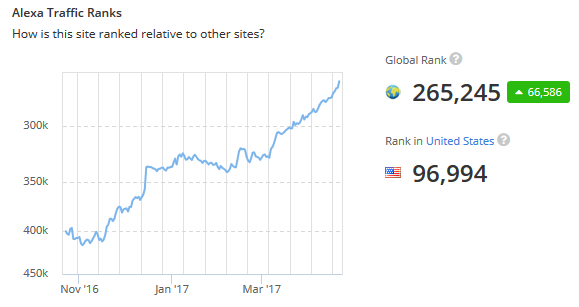 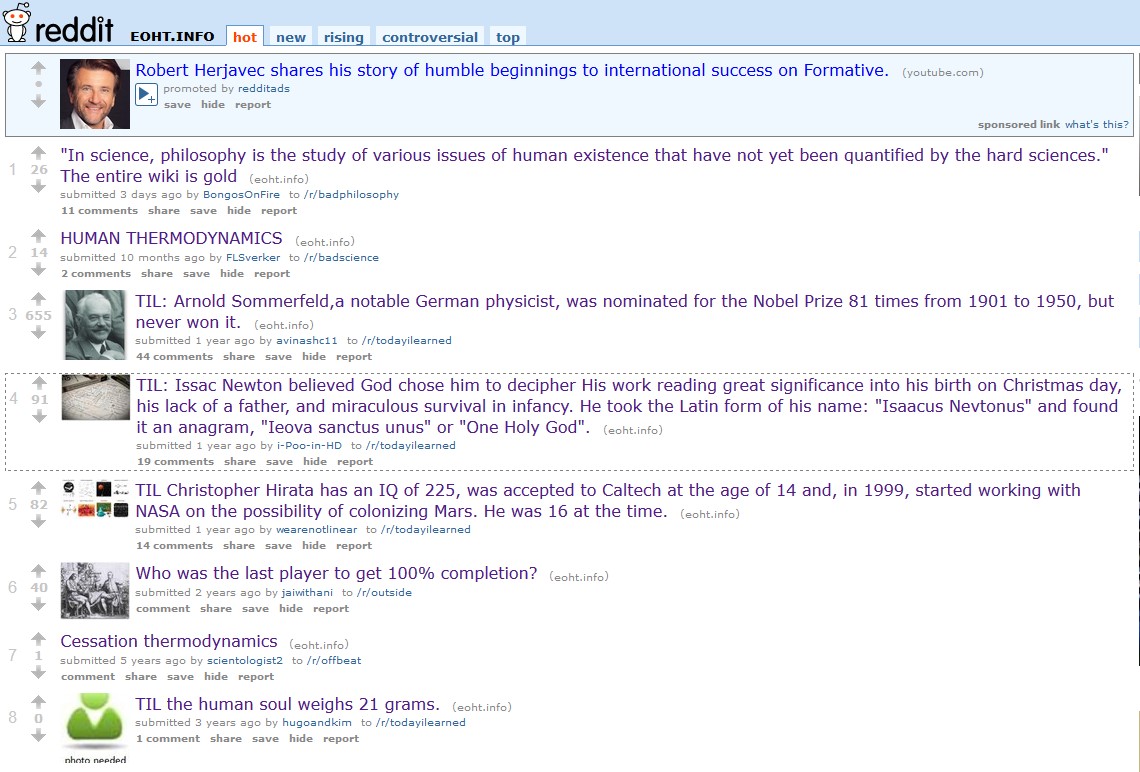 The following is a 2013 post (Ѻ), with four ignorant answers, to Reddit Ask Science, on the connection between Goethe and human thermodynamics:

Other
The following is a 2015 listing of Hmolpedia, at WhatLifeIs.info, wherein Hmolpedia is described as “a large resource for radical cybernetic and thermodynamic interpretations of humanity”: (Ѻ) 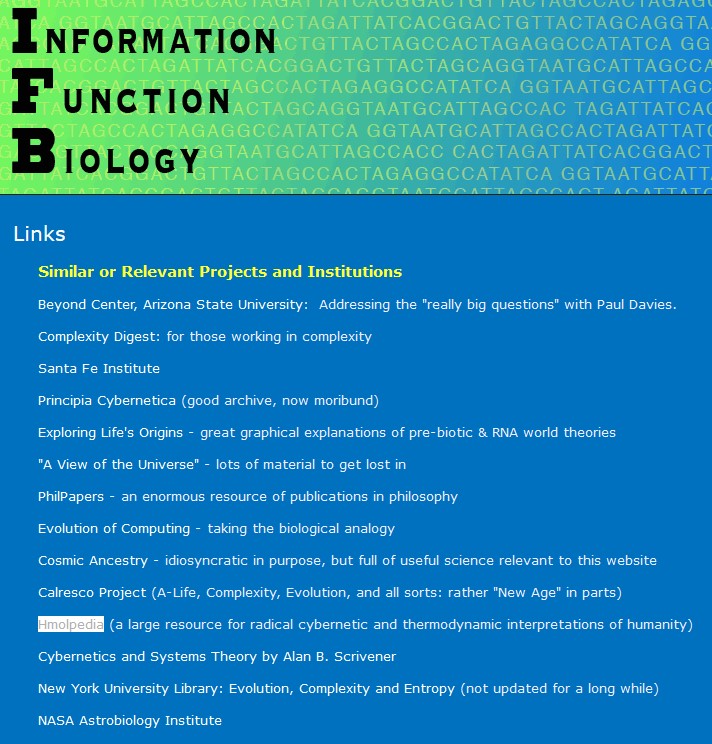 They spend time trying to dissect and comprehend the Theophile De Donder (1936) version of the affinity-free energy equation:

The The following is a 12 Jun 2012 Scoopit.com "math, technology, and learning" section posting on the Hmolpedia equation of love page, one of the sites most popular pages (350+ Facebook likes): 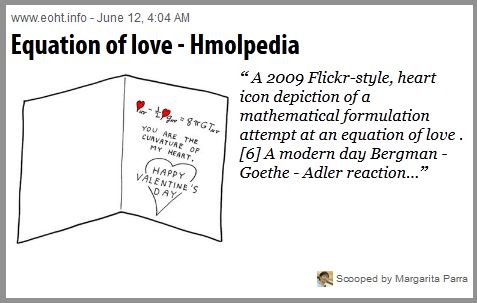 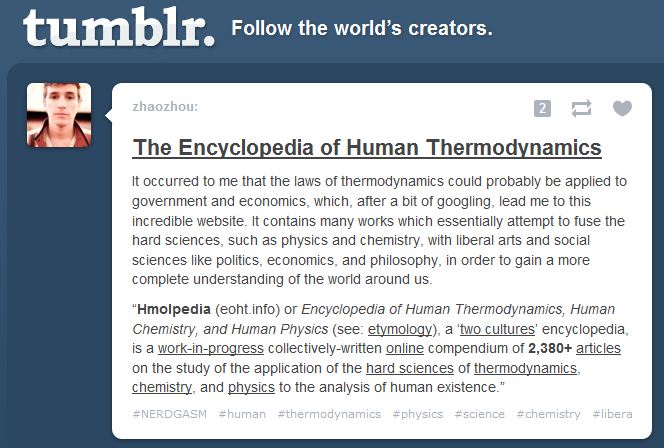 The following is a 02 Jan 2012 review by a 28-year old UK male blogger, by the onlinename of Dronecorp, who blogs generally on music, who is meandering thoughts on an activation energy theory of human interactions and bondings: [10] 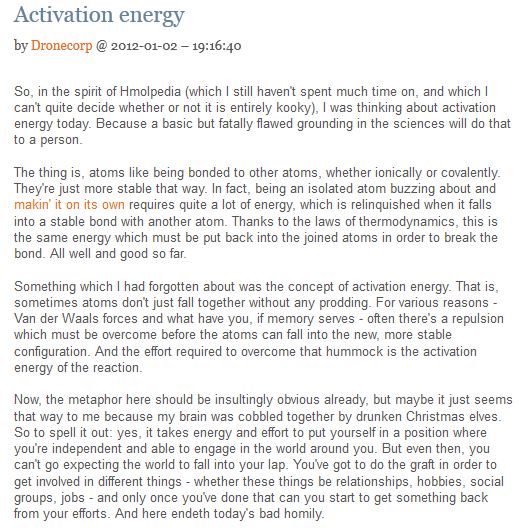 The following is a June 20th (and 25th) 2011 WordPress blog by Nicole Tedesco an American IT researcher with a BS in physics (1990), who was looking to explain irreversibility in economics, who, on the same day that she stated her view that "the actual work at the web site I consider bull”, joined Hmolpedia as NicoleTedesco, for whatever reason: [9]

The following as a 28 Apr 2011 feed posting, at WrongPlanet.net, an online community resource for people with autism and Asperger’s syndrome, by ryan93, an aged-19 self-defined "creationism denier" and strident atheist, who considers human chemistry as a lot of BS, but wants to know if the entire website is a "pisstake/new age rubbish" or if it is genuine: [6] 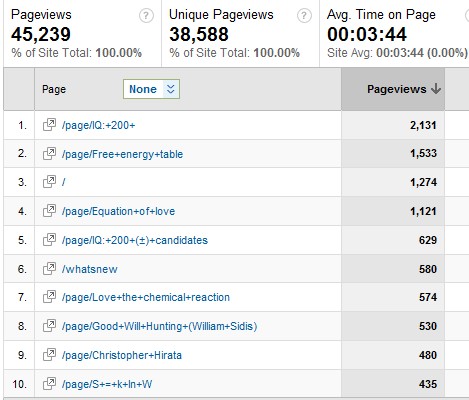 The following a recent discovered (discovered 28 May 28 2012; but not yet in the Wayback Machine archives) MIT Net Advance of Physics Encyclopedia article entry on human thermodynamics by Karen Rae Keck (likely posted online in 2010 or earlier, before the Hmolpedia name change occurred): [9] 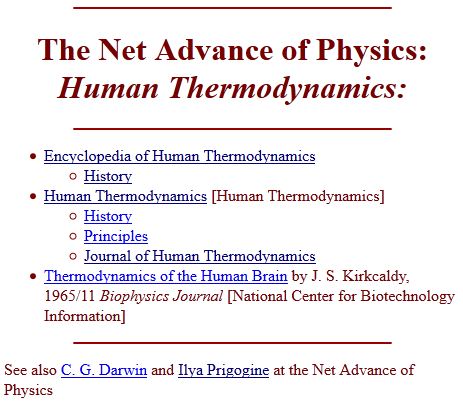 The following is a 2009 FriendFeed like-summary posted by Siggi Becker via Delicious: [3]

The following is a 8 Oct 2009 review of Hmolpedia focused on sociology and nature: (Ѻ) 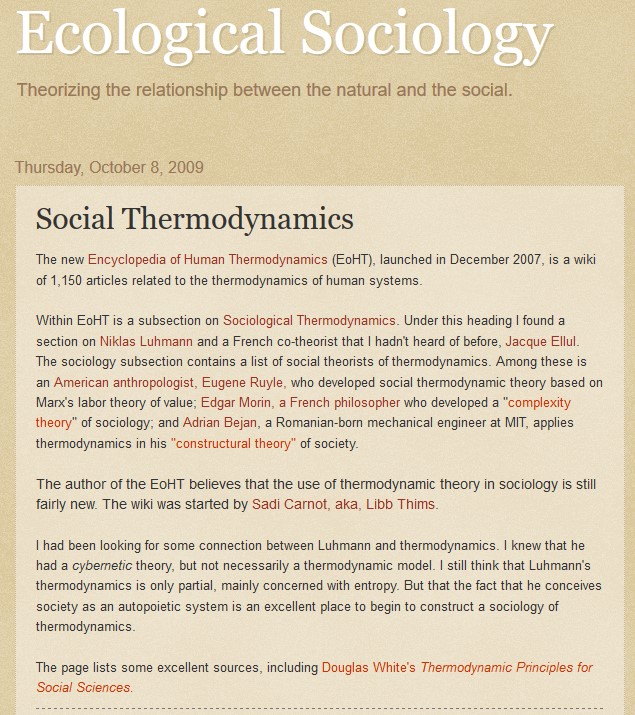 The following is a 4 Mar 2009 Hmolpedia and human thermodynamics snapshot by Theosebia of the site AuxMaillesGodefroy.com: [7]

The following is a 2008 StubleUpon summary overview of Hmolpedia (during its first year) posted by Libb Thims: [4]

The following is an April 2008 AboutUs.org summary overview of Hmolpedia: [5]