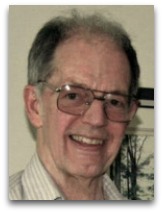 In existographies, Howard Pattee (1926-) (CR:6) is an American anti-reductionism theoretical physicist noted for his publications on an attempt to apply physics, in particular quantum mechanics, to the explanation of chnopsological structures and social systems (see: human quantum mechanics).

Overview
In 1967, Pattee, in his "Quantum Mechanics, Heredity, and the Origin of Life", discussed John Neumann's free energy automaton theory, and mentions that Niels Bohr (1958) often speculated that the “complementarity principle would prevent simultaneous physical and biological description, and that the living state should be regarded as irreducible both in definition as well as observation."

In 1978, Pattee argued that Niels Bohr’s complementarity principle can be applied to social structures. [1]

Education
Pattee completed his PhD in physics at Stanford University.

Quotes | By
The following are quotes by Pattee:

“Since human organizations are staffed by human beings, and since human beings are biological organisms, it might be argued that my research problem is indeed biological. And since biological organisms are constructed from molecules, and those molecules from atoms, and the atoms from elementary particles—all obeying the laws of quantum mechanics—it might even be argued that research on human organizations is merely a rather baroque branch of physics. I intended to show that this reduction is absurd. As Bohr said: ‘You don't explain a tea party with quantum mechanics’.”