Advanced perspective
The "human molecular orbital" view is facilitated by utilizing the advanced intelligence perspective, referring to the study of human interactions from an observational vantage point in space somewhere, the way humans study reactions in a a reaction vessel in which the atoms and molecules are moving at speeds many times greater in magnitude that the observer.

History
Form 1995-2001, American chemical engineer Libb Thims had been studying the free energy aspects of the basic human combination reaction (man A meets woman B, they bond in a relationship, and conceive of a child C):

Thims focus concerned the initial state of the reactants (A + B) as compared to the final state of the product (C). During these years he particularly neglected the relationship couple AB formed during the reaction:

assuming it to be a negligible intermediate in the mechanism. Sometime in late 2002 or early 2003, however, it became clear that this component AB, the attachment of the two human molecules, in the form a dihumanide molecule, needed a theory of pure chemical bonding to explain the attachment (husband-wife bond). Using standard molecular orbital theory as a basis, Thims began to develop the logic that a chemical bond would begin to form between two human molecules when an instance of orbital overlap would begin to reoccur, such as in if two people worked at the same job and in that orbital began to develop a connection.

Transition state theory
The application of human molecular orbitals to the transition state theory, i.e. that any given reaction follows a specific number of mechanism steps on going from reactants to products, crossing the activation energy barrier, a point of over-stretched bonds, i.e. a heightened energy state, leads to an intuitive means for understanding human molecular transition states. A typical diagrammatic representation of a human combination reaction is shown below, using this methodology, in which two people meet in their school orbital, begin to interact or hangout at joint friend orbitals, to eventually combine their once previous home nuclei into one fused nucleus (move in together):

Launch / Reentry
The following (Ѻ) is a word pun take on love making and the heat of orbital reentry: 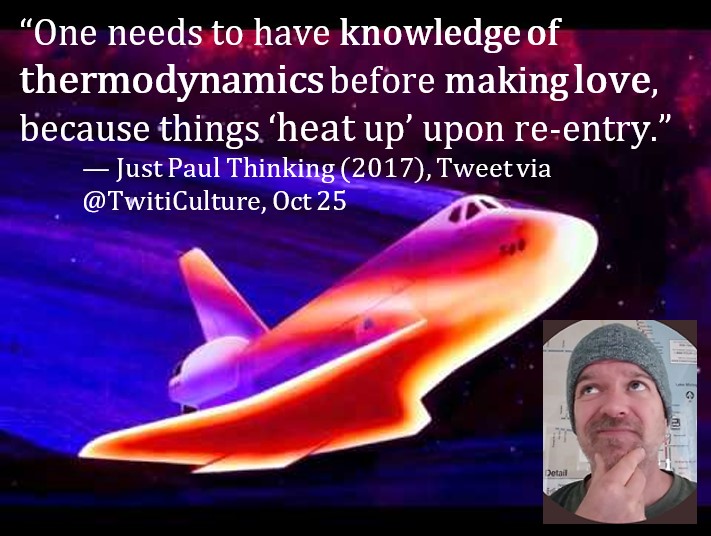 The following (Ѻ) is an image from chapter 4.1.7 “Returning from Space: Re-entry”, from an FAA online book: 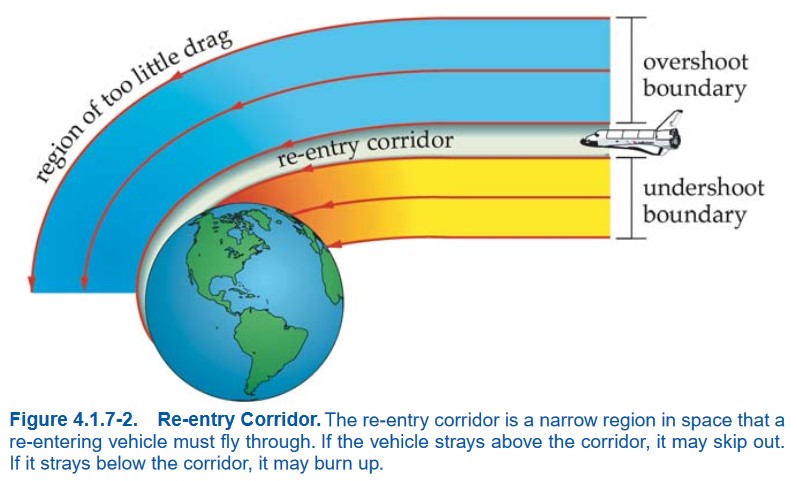 Illustrating, in the "human molecular orbital" sense of the 2006 film Failure to Launch (Ѻ), about a 35-year-old man who “fails” to launch from his childhood home, that when a person is “detached” from the “social gravity” of their childhood home, and floating about “social space”, that in order to enter into a new planetary orbital, i.e. new relationship, one needs to go into the right “re-entry corridor”, so as to not “burn up” if one goes in to fast or to low, e.g. a crash and burn relationship, or to miss the re-entry corridor or window if one goes in to high or slow and is in the region of "too little drag", thereby overshooting the planet.