In genius studies, IQ, short for intellectual quotient, a natural number (1, 2, 3, 4, 5, 6 … ), including 0, conceptualized as "a measure which expresses the relative brightness or intelligence" (Cox, 1926) of any given individual, in which a value of 100 is said to represent the intellectual ability of the average person, 140 or above is said to be representative of the genius range, IQs of 180 or above tend to be representative of the top 160 or so geniuses of all time, IQs of 195 to 225 are representative of the elite time-sobered retrospect-gauged top 25 geniuses of all time, and IQs at or above 230 are miscalculations or over-zealous guesstimates.
Overview
Hmolpedia IQs come from a variety of sources (see: Genius IQs); the following shorthand notations (subscripts) are used in various articles, to distinguish which IQs are being cited:

● Cox IQ (IQC): IQs ranked by Catherine Cox and her Stanford University psychology team in 1926 as published in a listing of top 300 geniuses, existive as adults in the years 1450 to 1850, culled from the Cattell 1000 listing.
● Platt IQ
● Guinness Book IQ (IQG): a 1970s to 1990s yearly "world's highest IQ" listing, once popular the Guinness Book of World Records, before category removal per IQ scamming reasons.
● Buzan IQ (IQB): a 1995 listing of the IQs top 100 geniuses of all time by Tony Buzan and Raymond Keene.
● CB IQ = Cox-Buzan IQs (an averaged IQ of the thirteen common individuals in both the Cox and Buzan list)
● Thims IQ: IQs ranked by Libb Thims in the top 1000 geniuses pages, as shown in the "real IQ" column. 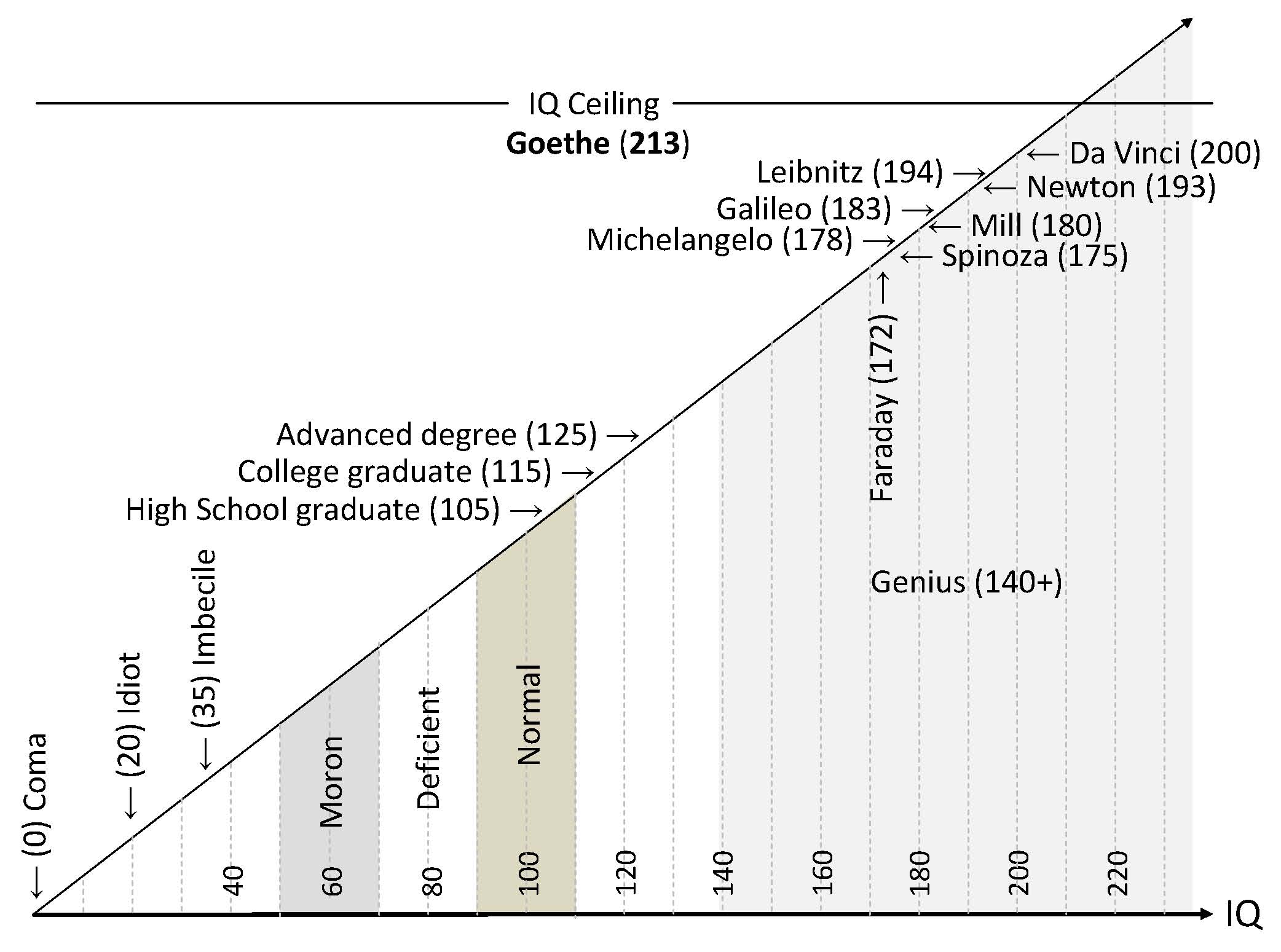 “Children of 140 IQ waste half their time. Those above 170 IQ waste practically all their time in school.”

“People who talk about their IQ are losers.”


"I will advise parents in Hong Kong there's no need to know the IQ of your children. Just try to do your best to nurture them and give them space to develop.”

“At MIT we had a saying: Dropouts become captains of industry. C students become executives. B students work for C students. A students drive taxis.”