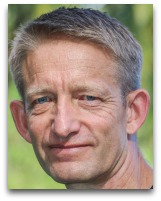 In existographies, Ingo Piepers (c.1950-) is a Danish social theorist, noted for []

Overview
In 2019, Piepers, in his On the Thermodynamics of War and Social Evolution, attempted build on the ideas of Ilya Prigogine, e.g. dissipative structures theory, internal entropy and external entropy, far-from-equilibrium, intermixed with information theory ideas about entropy, chemical potential, Helmholtz free energy, among others, to theorize about war and the evolution of societies, wherein he conjectures ideas such as that “social structures can be understood as ‘institutionalized’ thermodynamic potentials”, that world wars are chaotic dissipative structures, followed by periods of equilibrium, or something along these lines. [1]

Quotes | Employed
The following are quotes employed by Piepers:

“The fantastic ordering of atoms and molecules necessary to produce and maintain a living system is accompanied by a more than compensating disorder created in the surroundings. Thus, the ever-increasing order represented by increasing numbers of the human species is more than matched by the trail of disorder left in our surroundings, of which the increasing pollution of our atmosphere, rivers, and oceans is but an example.”

References
1. Piepers, Ingo (2019). On the Thermodynamics of War and Social Evolution (pdf). Global4Cast.org.