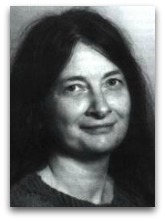 In existographies, Isabelle Stengers (1949-) (CR:9) is a Belgian chemist-philosopher noted, in human thermodynamics, for her co-authorship work with Ilya Prigogine, her role being to help laymanize Prigogine’s theories.

Overview
In 1984, Stengers co-authored Order Out of Chaos with Belgian chemist with Ilya Prigogine, wherein they worked to popularize the far-from-equilibrium view of thermodynamics based evolution, wherein the famous footnote 2.5 on Goethe and Mittler the mediator occurs.

In 1997, Stengers co-authored The End of Certainty with Prigogine, a simpler elaboration of their former work. [2]

In 1997, Stengers, in her Power and Invention, used the laws of thermodynamics to explain how nonlinear dynamics and chaos theory apply in philosophy. [3]

Quotes | On
The following are quotes on Stengers:

“While there is a burgeoning literature on matter in social theory, there has been a surprising lack of interest amongst social theorists in the importance of the concept of energy in natural scientific accounts of matter. In this context, I examine how the work of Isabelle Stengers challenges social theorists to take thermodynamic accounts of energy, in particular, seriously. The paper develops three arguments: firstly, while social theorists have often wanted to add social relations to matter, in doing so they have ignored physical scientists’ own analyses of relations, including thermodynamics; secondly, that thermodynamics offers a different way of theorizing matter-energy than that suggested by vitalist approaches to political ecology; thirdly, that the thermodynamic concept of energy is necessarily linked to the practice and politics of measurement. At the same time, I argue that Stengers's account of thermodynamics both illuminates her understanding of politics, and points to its limitations.”