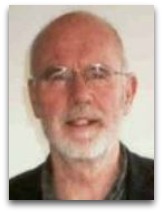 In existographies, Jürgen Mimkes (1939-) (HFE:26) (SNE:1) [CR:139] or Juergen Mimkes, is a German physicist, metallurgist, solid state thermodynamicist, and physical socio-economics professor, known for publications and work, beginning in 1992, in the fields of sociological thermodynamics and economic thermodynamics, such as his 2000 "Society as a Many Particle System", his 2005 "Chemistry of the Social Bond", and 2007 chapter “A Thermodynamic Formulation of Social Science”, wherein he employs the Lagrangian formulation of free energy to explain social and economic phenomena. [1]

Overview
In circa 1992, Mimkes, as head of the physics department of University of Paderborn, German, assembled the physics professor together for a meeting to see if they could, as a group, come to understand the mechanism of racial killings, related to the Bosnian war, and Nazi youth killing Turks, occurring recently in German. This meeting resulted in the Paderborn Thermodynamics of Physical Socio-Economics research group being established; a circa 2015 faculty page synopsis of which is as follows: [7]

This interdisciplinary work area studied society and economy as a many-body systems. Specifically, the following issue is particularly being investigated:

"Phase diagrams in homogeneous and heterogeneous societies".
Social problems of integration and segregation are described different angle also in physical chemistry under the theme solubility undPhasentrennung. The aim of the research is the transfer of Modellsder regular mixture to society and the economy. The statistical Modellberücksichtigt only interactions that are attractive (sympathy), repellent (antipathy) oderindifferent, it can be applied to matter and companies alike. This leads to the statistics by Lagrange, the equivalent to the thermodynamics of matter.

This statistic describes homogeneous societies the three dependent living standard government forms hierarchical, democratic, globally. They meet in a homogeneous matter determined the three temperature-dependent phases, liquid, gaseous. The characteristics of the society in the various phases correspond to the thermal properties of matter. This can be confirmed by data: Similar to the energy distribution of molecules in gases arises eg in Germany a Boltzmann distribution of the assets of a.. The upheaval in the GDR 1989 - as the French Revolution in 1789, a phase transition of the first order with abrupt change in the social order and deferred costs - analogous to the melting of the matter with Entropiesprung and latent heat of fusion. Integration and segregation (both German and foreign, East and West) are phase transitions of the second order of the heterogeneous (multicultural) society with a continuous structural change as inhomogeneous matter, the mixture of water and wine or the separation of water and oil. This model is already being discussed since antiquity (Empedocles) and was revived in Goethe's Elective Affinities. According to today's model, integration depends essentially on the standard of living. Just as sugar in your tea better dissolves when it is made hot, then let foreign workers integrate better when the economy is growing. Labor and energy are basic concepts of economics as well as thermodynamics. Since the terms mean in both sciences the same, the laws of thermodynamics can be transferred to the economy. They lead to the connection between labor, capital, standard of living and education and are the foundation for any economic activity. Businesses are engines of the economy. The economic cycle corresponds to the Carnot cycle of the engine. Every working person and every company works like a heat pump, it is produced at the lowest possible cost and sold at the highest possible price. The gain is stored in banks and reinvested if needed. This general economic cycle creates and reinforces the tendency towards two-tier society locally and globally, as the return grows disproportionately to the class difference. Operation with too low a yield loses - similar to an old refrigerator with poor efficiency - in value and is discarded on the stock exchange.

In 1995, Mimkes, in his “Binary Alloys as a Model for a Multicultural Society”, argued the following: [2]

“The model of regular solutions, that may be applied to binary alloys (e.g. Au−Pt, Si−Ge) has been compared to binary societies: blacks — non-blacks in the US, catholics — non-catholics, foreigners — German citizen. The excellent agreement of phase diagrams and intermarriage data encourages a calculation of the multicultural society by functions of thermodynamics: Solubility corresponds to integration, miscibility gap to segregation, free enthalpy to happiness and temperature to tolerance of a society. Only a high level of tolerance will integrate ghettos and lead to a peaceful multicultural society.”

In 1996, Mimkes authored a 110-page article on "Politics and Thermodynamics", wherein he outlined some type of political thermodynamics. [3]

In 2002, Mimkes, in his “The Structure of Complex Systems: Thermodynamics, Socio-Economics”, given at German ZiF SocioPhysics conference, talked on the following pioneering points of view: [10]

In natural sciences E is given by the chemical bonds and the (negative) Lagrange function corresponds to the free energy, from which all thermodynamic states may be calculated. In social systems the Lagrange principle corresponds to the common benefit. The function E represents the social bonds of the system.

Economics: the Lagrange principle corresponds to the common profit of an economic system, E represents the capital, the costs or the prices of a market. The existence of a quasi-temperature T in economic systems is demonstrated by data for the distribution of property in Germany and is again represented by the standard of living (GNP per capita). At low standard of living the economic structure will be in a hierarchic or feudal state, only at a higher standard of living the economy will become capitalistic. Social and economic states are closely related, this may be observed worldwide, but also in smaller socio-economic systems like companies, clubs, families. Work is defined by the send law of thermodynamics, economic production cycles correspond to the Carnot cycle of engines.”

In 2010, Mimkes, in his “Stokes Integral of Economic Growth”, on the subject of what he terms econophysics, argued that economic properties may be calculated in physical terms: capital to energy, production to physical work, and GDP per capita to temperature, and production function to entropy. He attempts to show how production, trade, and banking may be compared to motors, heat pumps, and refrigerators and that what he calls the “Carnot process of the first law”, creates two levels in each system: buyer and seller, investor and saver, rich and poor, which, supposedly, have a correlation to “hot and cold in physics”. He concludes with the postulate that efficiency rises in proportion to the income difference between the rich and poor, on the model that heat engine efficiency increases as the temperature difference between the hot and cold bodies increases. [6]

In 2013, Mimkes co-authored Econophysics and Physical Economics, together with physicists Peter Richmond and Stefan Hutzler. [8]

Other
In 2008, Polish psychologist Wouter de Raad, in his “A Dynamic Approach to Multicultural Integration”, cited and discussed Mimkes article as follows: [9] 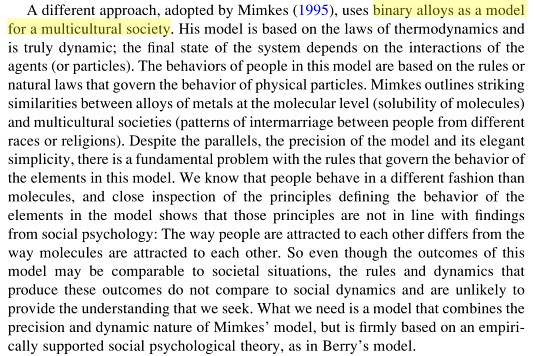 This, of course, is the classic "people are not molecules" objection, which is but unbridgeable gap dualism confusion.

Physical SocioEconomics | Lectures
Mimkes, since engaging in 1992 with the subject of the statistics, physics, thermodynamics, and chemistry of social and economic systems, has given following lectures on physical socio-economics systems: [3]

Education
Mimkes completed his BS in physics in 1963 at the University of Gottingen, his MS in physics in 1964 at the Free University of Berlin, and PhD at the in 1967 at the Technical University of Berlin. Since then, he taught at various universities in the US and in Berlin. Since 1977, Mimkes has been a professor at the physics department at the University of Paderborn, Germany, focused on the fields of solid state physics and thermodynamics. Since 1992, he has been also dealing with the subject of the statistics and thermodynamics of social and economic systems. In 2010, Mimkes was a professor of, in his own words, and “physical socio-economics”, and solid state thermodynamics. [7]

Quotes | By
The following are quotes by Mimkes:

“The system – solid or social – will be stable only if the negative free energy (-dG) is at a maximum. This idea goes back to Empedocles (450BC), who in his On Nature explains that solubility of wine in water similar to love of relatives, and Goethe (1809) who in his Elective Affinities demonstrated that love and marriage depend on the physico-chemical laws of society.”

“My background is physics and solid-state thermodynamics. My present field is ‘physical economics’, especially macro and microeconomics, and finance. My time invested in this interdisciplinary work is 100%. I have trouble calling my field ‘econophysics’, as this only covers finance.”