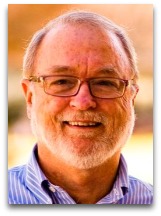 In hmolscience, J.P. Moreland (1948-) (CR:2) is an American chemist turned philosopher-theologian apologeticist, semi-cited in a some religion vs science publications and debates.

The following is the Lee Strobel Q&A dialogue with Moreland on the seeming untenability of the atheist mind-from-matter position: [3]

Moreland: “What doesn’t make sense—and which many atheistic evolutionists are conceding—is the idea of getting a mind to squirt into existence by starting with brute, dead, mindless matter. That’s why some of them are trying to get rid of consciousness by saying that it’s not real and that we’re just computers.”

Strobel: “Still, some scientists maintain that consciousness is just something that happens as a natural byproduct of our brain’s complexity. They believe that once evolution gave us sufficient brain capacity, consciousness inexorably emerges as a biological process.”

Moreland: “Let me mention four problems with that. First, they are no longer treating matter as atheists and naturalist treat matter—namely, as brute stuff that can be completely described by the laws of chemistry and physics. Now they’re attributing spooky, soulish, or mental potentials to matter.”

Strobel: “What do you mean by ‘potentials’?”

Moreland: “They’re saying that prior to this level of complexity, matter contained the potential for mind to emerge—and at the right moment, guess what happened? These potentials were activated and consciousness was sparked into existence!”

Strobel: “What’s wrong with that theory?”

Moreland: “Panpsychism. It’s the view that matter is not just inert physical stuff, but that it also contains proto-mental states in it. Suddenly, they’ve abandoned a strict scientific view of matter and adopted a view that closer to theism than to atheism. Now they’re saying that the world began not just with matter, but with stuff that’s mental and physical at the same time. Yet they can’t explain where these pre-emergent mental properties came from in the first place.”

Rational | Irrational
Moreland seems to be a citation anchor among Christian apologeticists for the "science = rational; belief = irrational" motto. Moreland, as summarized by American journalist Lee Strobel (2004), at one point, ran into an engineer completing his doctorate in physics, who argued the following: [3]

“Only science is rational; only science achieves truth. Everything else is more belief and opinion. If something cannot be quantified or tested by the scientific method, it cannot be true or rational.”


In 1989, Moreland, in his Christianity and the Nature of Science, spent a good amount of time on the so-called “rational vs irrational” dichotomy, often rummied about by apologeticists as a type of defense mechanism; one recent example is as follows:

“In a world where there is no god, where you and are just molecules in motion, why am I obligated to be rational?”

“Scientific, for many people, means good, rational, and modern, whereas something not-scientific is old-fashioned and not worth the belief of thinking people.”

Moreland devotes sections to “rational realism” (vs. rational nonrealism) in the views of Ernst Mach and W.H. Newton-Smith.

Unbridgeable gap
In 1992, Moreland, with Gay Habermas, published Immortality: the Other Side of Death, which, together with Arthur Custance’s 1978 Science and Faith, Turkish-born American physicist Turner Edis (2002) cites in conjunction with the following statement on unbridgeable gaps: [1]

“Even in the realm of what we see, there must be unbridgeable gaps separating order from chaos, animate from inanimate, life from nonlife, humans from other animals, and consciousness from nonconscious matter.”

Amid which Edis mentions how some religious philosophers still defend the notion of an animal soul or life force irreducible to physics.

Quotes | About
The following are commentary or quotes on or about Moreland:

“I don’t believe scientific knowledge necessarily takes precedence over other things that we know. Moreland has argued, for example, that there are some things we know more certainly though introspection than we know from sciences. I know that I have free will on the basis of my introspection, and no studies on the social sciences will convince me otherwise. I know I can turn that switch on [motioning towards a wall light switch] and refute those who say I was determined thus.”

— Stephen Meyer (c.2003), interview with Lee Strobel, at Discovery Institute, in response to hearing Richard Lewontin's claim that: "science is the only begetter of truth." [3]

“Bangs have bangers, information has an informer, and rigged dice have riggers.”