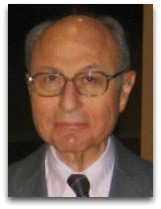 In hmolscience, Jack Hokikian (1945-) is an Egyptian-born American physicist noted, in human thermodynamics, for his 2002 The Science of Disorder, wherein he digresses on a number of applications of thermodynamics reasoning in philosophy, economics, and education.

Overview
In 2002, Hokikian, in his The Science of Disorder: Understanding the Complexity, Uncertainty, and Pollution in Our World, used the entropy equals disorder ideology, and views on how the first and second law of thermodynamics effect human endeavor, to outline the following philosophical thermodynamics type of reasoning: [1]

“[Long ago] science and philosophy were unified in their goal: to discover the truth about how nature works, [in recent years, however] science has been taken over by technology—applied science—but technology does not provide us with any principles of nature, principles needed to derive a practical philosophy of life—for this we have to turn to the laws of thermodynamics.”

Hokikian's book containing sections such as “Humans as an Open Thermodynamic System” and chapters such as “The United States in High Entropy”, etc., in which the first two laws of thermodynamics are applied to an analysis of various facets of human activity and endeavor, such as medicine, education, agriculture, economics, technology, and ecology. [2] The closing chapter is on American physicist Robert Lindsay’s 1959 thermodynamic imperative. [3]

One of the more interesting aspects of Hokikian’s presentation, according to reviewer Canadian lawyer Norm Goldman, is Hokikian’s discussion of how the laws of thermodynamics govern the economy. Hokikian postulates, for instance, how government intervention can act to create turbulence-entropy. [6]

Thermodynamic view of education systems
In his section on the thermodynamics of educational systems, Hokikian states “the educational system takes in simple, low-entropic human beings and feeds them increasingly complex ideas, procedures, and theories, transforming them into high-entropic, complex human beings.” [3] This sentence, implying that human molecules are in a low entropy state at the start of a school year and a higher entropy state at the end of the school year, sounds backwards (in the sense that people should be more "ordered" and thus be in a lower entropy state)?

Difficulties on theory
One difficulty in Hokikian’s presentation is his view, similar to writers such as Henry Adams (1910), Jeremy Rifkin (1980), Lawrence Chin (1990), etc., that the world is becoming more and more polluted, disordered, and degraded every day, in a downward spiral towards chaos, and that the second law is behind this. [7] This view, however, is a mis-extrapolation of the Boltzmann chaos assumption, applicable only for ideal gas systems, to all systems. For chemically reactive systems, such as are found attached to the surface of the earth, one has to turn to studies of free energy, and everything is not simply a matter of “systems tending towards disorder” as is argued, according to Planck-Boltzmann view, to occur in ideal gas phase systems.

In terms of Hokikian’s understanding of the second law and entropy, he tends towards an over generalized description. In his introduction, he tells the us “the second law stipulates that entropy increases in all processes irreversibly.” Correctly, one must specify a body, and the body must go through a cyclical process, which is in any way possible, and that in this context the following integral will hold: [8]

meaning that sum of all the inputs and outputs of incremental quantities of entropy (dQ/T), defined by the value of incremental heat flow values dQ divided by the absolute temperature T of the surface of the body, will be greater than zero, thus defined by a positive value. Thus, we say that, in the context of the cycle, the entropy of the body increased in value, meaning that more heat went in than went out over the entire cycle, heat that was converted irreversibly into internal work. In any event, Hokikian goes on to declare, universally, that “entropy [is] a measure of the disorder of the system.” Hokikian fails, however, to mention that this notion is Austrian physicist Ludwig Boltzmann’s idealized view of entropy, applicable specifically for an ideal gas system, not generally applicable to all systems.