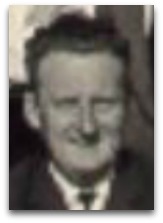 In hmolscience, Jack S. Kirkaldy (1926-) is a Canadian materials science engineer noted, in human thermodynamics, for his 1965 free energy based thermodynamic theory of brain operation and terrestrial evolution.

Overview
In 1965, Kirkaldy, in his two part “Thermodynamics of the Human Brain”, outline a free energy minimization principle of brain operation, consciousness, and development.

Kirkaldy, in part two “Thermodynamics of Terrestrial Evolution”, then argued that the “causal element of biological evolution and development can be understood in terms of a potential function which is generalized from the variational principles of irreversible thermodynamics.”

These two articles, printed in the Biophysical Journal, were based upon Kirkaldy’s first-time proposed dissipation minimax stability principle and were so in demand that they led to over 400-reprint requests and forced an order to the publisher for a second print run. These articles simply stated, in the words of Kirkaldy, in scientific terms, the obvious conservational symbiosis in the biosphere. Of his more than 200 peer-reviewed journal articles, these are considered two of his best and most-recognized original papers. [2]