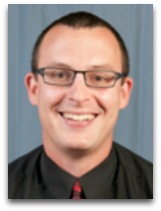 In existographies, Jacob Leachman (c.1983-) (HFE:51) (CR:7), aka Jake Leachman, is an American mechanical engineer and “intensely philosophical engineer” (Ѻ), as he auto-categorizes, noted for his 2016 to 2017 blog to draft book stage ideas on social thermodynamics, e.g. social phase change ideas, similar to Henry Adams (1910), political thermodynamics, similar in some sense to Serge Galam (2016), and his sociophysics political prediction models, and or Frederick Rossini (1971), and his "Chemical Thermodynamics in the Real World", and empathy-stylized thermodynamic models, similar in some ways to Jeremy Rifkin (2010).
-
Overview
In Apr 2016, Leachman, in his “Initial Thoughts on the Thermodynamics of Societal Phase Change”, an idea blog reaction to Darpa’s Mar 2016 “Next Generation Social Science” posting (Ѻ), on the US governments desire to “soliciting innovative research proposals to build a new capability (methods, models, tools, and a community of researchers) to perform rigorous, reproducible experimental research at scales necessary to understand emergent properties of human social systems”, discussed social phase ideas and outlined a smattering of intuited or guesstimated first-draft human thermodynamics variables, namely:

Empathy | Entropy
In Aug 2017, Leachman, in his “Social Thermodynamics: Empathy for Autism Spectrum Disorders” (Ѻ) blog, discusses how his sister, a year younger than him, in seventh grade (circa 12-13 years old), who had been diagnosed with Autism Spectrum Disorder (ASD), tried to end her existence by sticking a fork in an electric socket. He speaks about this, retrospectively, in chemical thermodynamic terms, as follows:

“Empathy in ASD individuals is a long-term investment. The Gibbs energy function for phase change adds insight to the challenges of developing those with ASD:

For phase change to occur, indicated by G2 – G1 being negative, there needs to be a fall in values (U) and stress (P), coupled with an increase in density (1/v), empathy (S), and resources (T). ASD individuals already have a very fine-tuned value focus, don’t handle stress or groups well, and are empathicly challenged. Change will be slow, if at all, over the course of a lifetime. They will likely be very consistent through time, even if they can be mercurial in the moment.”

He comments that to bring about this phase change, while he was away at college: “during this time a psychologist, who is nothing short of a hero, volunteered for over a decade to empathize with my sister. Now, she turns to my sister to help her empathize with new ASD clients.” Leachman comments how this phase change was successful and how his sister is now in her 30s making valuable art and helping others in empathetic ways to find value.
Social Thermodynamics | Why this book?
In Jun 2017, Leachman, in his blog “Social Thermodynamics: a Belated Introduction”, explained that he was working to turn his blogs into a book; firstly, he opens to the following: [4]

“From years of teaching introductory thermodynamics courses to undergraduate engineers, I know that thermo is a very hard topic. Finding people really passionate about thermo is rare. Moreover, the likelihood of someone becoming an expert in thermodynamics and then switching to sociology or psychology is much rarer yet [e.g. James Coleman]. This area is relatively unexplored for good reason. I originally started discussing ‘social thermodynamics’ as a series of posts on my research blog (Ѻ). Around my fourth post, one of my engineer friends Dave Rowe asked me a question about people’s capacity to understand a concept. While this question was pointed towards recent political elections, it could’ve just as easily been a critique of my writing. That’s when I realized, from the theory itself, how much time and resources it takes just to get others on board with the basic concepts. This is covered in the heat capacity section later in this book. In short, it’s not easy to influence the way people view their reality, and we now have math that explains why.”

Leachman then, of great interest, talks about his funding effort and traditional research papers:

“Many have asked why I haven’t published research papers in this area and the capacity argument explains that — it takes too much time to gain an understanding in both the fields of thermodynamics and psychology for a short paper to convey. Others have asked why I don’t do the typical academic exercise of pursuing federal grants to prove the concepts by some scientific means. I approached one program manager, my colleague and I had to fly 9 hours each to Washington D.C. to get 16 minutes of his time. He and his colleagues kept getting stuck on basic definitions before laughing us out of his office. His final request was a dismissal: return with some way of proving the concept by scientific means… That’s when I knew the federal funding route wasn’t going to go anywhere.”

Here, of course, we recall John Q. Stewart's reflections on the reaction to his efforts to get funding from the Rockefeller Foundation (see: Stewart Weaver fallout):

“In the early nineteen-twenties it had become clear that natural science and technology would continue their triumphant advances while the social and humane studies, in order to reduce their tragic lag, would need to be equipped with methods far more effective than archaic types of merely verbal reasoning. With untrammeled enthusiasm of a youthful PhD in physics, I expected to find a general sympathy with this [social physics] program but the case was otherwise. There is a proverb that ‘in the country of the blind the one-eyed man is king’, the falsity of which has been depicted in the story by H.G. Wells. One has to find for himself that in the country of the blind—meaning university faculties and their learned societies—the one-eyed man meets with lifted eyebrows.”

— John Q. Stewart (c.1955), commentary on the friction involved in his decade-long effort to get “social physics” established at Princeton

We also recall Indian-born American mechanical engineer Satish Boregowda, who, after completing his NASA-funded (Ѻ) PhD on Thermodynamic Modeling and Analysis of Stress Responses (1998), joined, in 2005, the Bioengineering Department, University of Illinois, Chicago, home to the UIC Thermodynamics Research Lab, run by Iranian-born American chemical engineer Ali Mansoori, after which from 2008 to 2010, he was an assistant professor of mechanical engineering department of Purdue University, where he taught thermodynamics. Boregowda, eventually left Purdue University, and went into industry (Sandia Labs); per, in part, the following reasons: [5]

“I left Purdue in 2010 to join Sandia labs. Previously, I could not be affiliated with your site as some of my colleagues and my tenure reviewers were not in favor of my work in ''human thermodynamics'.”

Quotes | Employed
The following are quotes employed by Leachman:

“How could one person prioritize anti-establishment concepts over overtly racial division? … As I’m writing, I’m thinking – what if heat capacity actually represents a person’s capacity to accept a certain issue?”

Quotes | By
The following are quotes by Leachman:

“One of the things my thermodynamics treatment of empathy and value memes (v-memes) has shown me is that it may be easy to know that change is happening, but it’s still very difficult to know which way you’re headed with what we currently know about psychology and sociology (figuring out the state functions for social problems is the holy grail of sociology).”

“Allow me to introduce my friend and mentor Chuck Pezeshki who created the empathy.guru (Ѻ) blog that is a much more well-formed body of work. Chuck introduced me to the Spiral vMeme [value meme] scaffolding that helped bridge the connection between statistical thermodynamics and social space.”

“Chemical engineer Libb Thims has compiled an incredibly sophisticated wiki, titled the Encyclopedia of Human Thermodynamics, of the historical works attempting to merge social systems and humans to thermodynamics. Libb concludes that humans actually are molecules, a complex 26 atom molecule. As Libb’s cohort has shown, many have attempted, in many ways, to apply thermodynamics to social systems.”