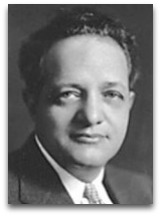 In hmolscience, Jacob Moreno (1889-1974) was a Romanian-born American psychologist noted, in human thermodynamics, for his circa 1951 ‘social atom theory’, a modified Freudian-Jungian psychology mixed with extrapolated chemistry and physics metaphors, in which each person is defined as a social atom, with focus on the differences in energy levels of different relationships, and how invested energy in specific relationship bonds can cause spontaneous quantum leaps or up or down shifts in relationship structure and dynamics. [1] The concept of a person is discussed in the context of what Moreno calls ‘psychodrama’ or the drama of interactions between social atoms, which particular focus on the aspects of ambivalence as contrasted with spontaneity involved in choice, and ‘sociometry’, the quantitative measurement of social relationships.

Social atom
Moreno states that in developing his concept of the social atom, that he is borrowing the term from Democritus in the sense of meaning ‘any very small thing’. The way in which he uses the word atom, when conjoined with other words, however is somewhat elusive. The following is his attempt at definition of his conception:

The following selection of example quotes picket from various works gives an idea of what Moreno tends to mean by the word ‘atom’ and the various adjectives he employs: [2]

“The pattern of role relations around an individual as their focus is his ‘cultural atom’. Every individual, just as he or she has a set of friends and a set of enemies—a social atom—also has a range of roles facing a range of counter-roles.”

“The social atom is the nucleus of all individuals toward whom a person is emotionally related or who are related to him at the same time. It is the smallest nucleus of an emotionally toned interpersonal pattern in the social universe. The social atom reaches as far as one’s tele [From Ancient Greek τῆλε (tēle), 'at a distance, far off, far away, far from'] reaches other persons. It is therefore also the tele range of an individual. It has an important operational function in the formation of a society.”

“The focal pattern of role-relations around an individual is called his cultural atom. We are here coining a new term, ‘cultural atom’, since we know of no other which expresses this peculiar phenomenon of role relationships. Obviously, the term is selected as an analogue to the term ‘social atom’.

“Our social atoms and the changes which are registered in them are continuously interiorated as well as exteriorated. In the course of sociometric interiorization the individual has all the individuals of his or her social atom and the relations between them interiorated. He or she can ‘send’ messages (choice and rejections) out to them and can receive them without any external exchange taking place.”

As seen, Moreno seems to be digging into subject of uncharted human chemistry.

Energy
On energy, Moreno states that: [2]

In this attempted formulation, Moreno is in the neighbor hood of correctness. Technically, from a chemical thermodynamic point of view, there are three different types of energy involved in the spontaneity (defined by the spontaneity criterion) of human chemical reactions, free energy G, enthalpy H, and entropy S, which in formulation are related as:

The sum amount of the three types of energy are conserved, according to the first law, but also able or made to transform in a certain direction according to the second law, in the sense that any given process will lose its spontaneity when the free energy change or variation is zero.

“The social atom is that peculiar pattern of inter-personal relations which develops form the time of human birth. It first contains mother and child. As time goes on, it adds from the first persons who come into the child’s orbit such persons as are unpleasant or pleasant to him, and vice-versa, those to whom he or she is unpleasant or pleasant.”

The following quote is representative of Moreno’s view how quantum leaps can occur in the orbital dynamics of existing relationships: [1]

“For changes in [relationship] level, both literally and figuratively, a quantum leap is required, like the movement of electrons from ring to ring. The energy invested in a relationship builds through the quantity and diversity of interaction until suddenly and uncontrollably the level of the relationship shifts. Although the conditions for such an energy increase can be induced, e.g. one can bring people together in a group, thus helping them go from nothing to acquaintanceship and even to collective contact, the transitions occur somewhat unpredictably.”

In other places, Moreno also expresses the view, modeled on atomic theory, that just in deeper levels of core nuclear relationships, more energy is needed or found, just as the electrons closer to the nucleus are more tightly bound.

Social entropy
Moreno seems to use the concept of social entropy rather correctly, as compared to most others who make an attempt at extrapolating the Gibbs-Clausius definition of entropy into sociology. Moreno seems to define social entropy as the point at which the collective spontaneity of a community has reached zero. He states:

“Social entropy reaches its maximum when choices are rejections are entirely extinct. Indifference alone prevails. The group spontaneity has ‘withered away’ and is replaced by an aggregation of individuals entirely left to change.”

This is representative of Moreno’s hypothesis of sociodynamics decline.

Warming up process
Moreno seems to devote considerable time to theorizing on what he calls the ‘warming up process’, loosely defined as the various starters which brings a person into ‘spontaneous states’. [2] This is a type of thermal metaphor (or thermal word) extrapolation, but one which seems to have a certain needed explanation.