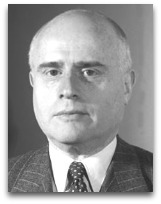 In physical humanities, Jacques Rueff (1896-1978) was a French science trained economist noted for his 1922 From the Physical to the Moral Sciences, retitled during the English-translation as From the Physical to the Social Sciences: Introduction to a Study of Economic and Ethical Theory, wherein, building on French economist Leon Walras' 1874 Elements of Pure Economics, he attempts to outline, via derivation, using what he refers to as a rational mechanics "analogy", or specifically "we shall be guided in the definition of terms by a mechanical analogy", some type of utilitarian stylized ethical economics.

Mathematical | Mechanical analogy | Political economy
Nearly the entire first 100 pages of Rueff's book is page fluff. On page 109, however, Rueff digs into his aim, namely to derive a "mathematical political economy", via guidance in the definition of terms by a mechanical analogy of the Leon Walras variety. Rueff's opening statement to this is effort, is as follows:

Jurisprudence
American law professor Herman Oliphant and associate Abram Hewitt in the 1929 “Introduction” to the English translation of Rueff’s book devote 25-pages to a discussion to a discussion of the three general methods by which a judge reaches a decision in a legal case, the gist of which being the following:

“Under the guise of logic, then, we have methods purely arbitrary, everything depending on the choice of the major premise. This is not objectionable as method; the abuse lies in applying logic in the proper sphere of the empirical. When so applied, there is nothing to insure that the major premise chosen bears any useful relation to prevalent social values—the essence of justice. It is quite as likely to be the dogma of a medieval ghost still ruling us from the mists of antiquity.”

If all of the foregoing is considered in the light of Rueff’s discussion, it will be seen that, so far as law has an empirical branch, its precarious existence is largely either unsuspected or is the haphazard product of a ‘common sense’ empiricism which professes no order or methods.”

Oliphant and Hewitt, in short, seem to think that the scientific method and the logic of the physical sciences might bring some clarity to this process of jurisprudence; the example they focus on being a decision on whether or not a School Board has the right to re-higher teachers based on whether or not they join a teachers’ union.

“Reading a book on ethics is, for a scientific mind, a source of great astonishment. The systems are innumerable but the conclusions are alike. Whether the system of ethics treated be religious or utilitarian, whether it be finalistic or pragmatic, it leads invariably to an ensemble of very precise rules, which are, with very few variations, a humanized code for our civilized world.”

He then gives the following straightforward criticism of all of them:

“As for the method which evolved these laws—almost always being peculiar to the social sciences—the line of reasoning begins with concepts which are not very clearly defined. It involves hypotheses which have not been enunciated, and all too often, the true, the beautiful, the good—undefined or undefinable entities—interpose at each step to lead it wherever one may wish to go.”

He then queries the following, which he says it to be the focus of the problem addressed in his book:

“Why does the geometrician—the mind of the physicist—feel he steps on quicksand the moment he enters the realm of the moralist? If the rules of morals are one, why are the systems of ethics without number?”

Rueff then steps through quick short snippet chapters on the subjects of mechanics, which he defines as the “science of motions”, wherein he defines force as the “determining cause of the movements we observe”. [2]

Will | Force
This is where Rueff begins to stumble, in respect to human movements, other physical movements, and free will—stating, e.g., that the “theory of relativity seems to indicate that the causes will have to be modified in order to explain appearances not yet interpreted.” He goes on throughout his argument, seemingly, to argue that macroscopically a system will behave according to the law of causality, but seems to allude to the premise that microscopically (socially or economically) people have free will in their decisions and choices. This argument seems to come from Leon Walras—Rueff’s main source—who in his 1874 Elements of Pure Economics, states the following:

“We may divide the facts of the blind and ineluctable forces of nature and those which result from the exercise of the human will, a force that is free and cognitive. Facts of the first category are found in nature, and that is why we call then natural phenomena. Facts of the second category are found in man, and that is why we call then human phenomena. Alongside the many blind and ineluctable forces of the universe there exists a force which is self-conscious and independent, namely, the will of man. It may be that this force is not quite as self-conscious and independent as it supposes itself to be. It is only after a study of the will of man that we can tell.”

Other
The objection was typically raised that methods applied, say, to the theory of thermodynamics cannot be applied to the study of human beings endowed with free will. Rueff replied that just as there is no thermodynamics for a single molecule, there is no economics for an individual. The acts of individuals — individual particles in physics or free human beings in social sciences — are essentially "indeterminate"; yet in both cases, the pattern of behavior of a large number of individuals can be explained and predicted as a matter of statistical probability. The greater precision commonly observed in natural sciences is simply a function of sample size: while human beings in a national economy are typically counted in the millions (multiples of

) or at most billions (multiples of

), molecules are measured in moles (

Education
Born in 1896, the son of a physician, Rueff was trained in science and mathematics at the Ecole Polytechnique. His attention was turned from the study of medicine when he studied classical economics under Clement Colson, and was especially influenced by the mathematical general-equilibrium theory of Leon Walras.

“The methods which have proved so fruitful in the physical sciences can be applied to the social sciences.”

“The laws of political economy are statistical laws in the sense that the sequential relations which they enunciate result from the presence and simultaneous activity of a large number of isolated elements. They are thus quite comparable to the laws of gases, individuals playing in political economy the role of molecules in the kinetic theory.”

“There is no political economy of the individual any more than there is a thermodynamics of the molecule.”

“The great difficulty in observing these [gas like political economy] laws is that we are ourselves one of the elements combining to bring about the appearance whose advent they foretell. In seeking these laws, we are in the position of a molecule that wished to comprehend the properties of gases.”