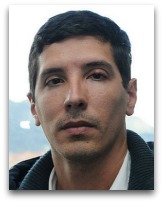 Overview
In 2014, Arias, at the 20th Brazilian Congress of Chemical Engineering, Florianopolis, Brazil, in his “Chemical Engineering and Complexity, an Undissipated Structure … Yet”, suggested that modern chemical engineering education curriculum begin to incorporate a "human chemical thermodynamics" themed type of teaching methodology in engineering schools: [1]

Aguilar-Arias goes on to cite, first and foremost, Venezuelan-born English chemical engineer Erich Muller, his famous “Human Societies: a Curious Application of Thermodynamics” (1997), and his human-as-molecules classroom stylized approach to teaching chemical engineering students how chemical thermodynamics applies socially. He then discusses how this new field is fermenting by new emerging journals, such as the Journal of Human Thermodynamics, in particular, via articles such as Iranian-born American chemical engineer Mohsen Mohsen-Nia's 2013 “Social Equation of State”, which he compares to earlier work by English mechanical engineer John Bryant (2011), the two of which he truncates into the following two human thermodynamics variables tables: [3]

“A relevant anecdotic, is the strong debate including economic Nobel Prize winners such as Kenneth Arrow, 1972 winner, and Paul Krugman, 2008 winner, the first in favor and the last against the application of complexity in economics. This debate is agitated by the use of defiant expressions used by the authors, such as they have ‘changed economic thinking’, which generated comments like the other ‘has just invented…economics’. This work, by the way, doesn’t want to generate such comments, instead, its purpose is to reinforce arguments to the fields of action that chemical engineers can, and must be prepared to participate.”