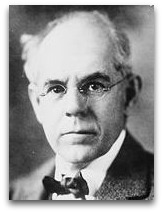 In existographies, James Cattell (1860-1944) was an American psychologist, Science magazine editor, and Popular Science Monthly founding editor, noted for his 1894 so-called Cattell 1000, a methodological ranking of the top one-thousand men preeminent according to text allocation space in six biographical dictionaries or encyclopedias.

“The method I followed [IQ ranking methodology] to discover the 1,000 men who are preeminent was this: I took six biographical dictionaries or encyclopedias (Lippincott’s Biographical Dictionary, The Encyclopedia Britannica, Rose’s Biographical Dictionary, Le Dictionnaire de Biographie Generale, Beaugean’s Dictionnaire Biographique, and Brockhaus’ Conversations lexicon)—two English, two French, one German, and one American and found the two thousand men (approximately) in each who were allowed the longest articles. In this way some 6,000 men were found. I then selected the men who appeared in the lists of at least three of the dictionaries, and from these (some 1,600) selected the thousand who were allowed the greatest average space, the value of the separate dictionaries being reduced to a common standard. Thus was obtained not only the thousand men esteemed the most eminent, but also the order in which they stand.”