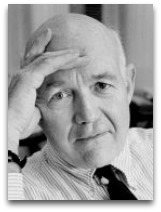 In sociological thermodynamics, James Coleman (1926-1995) was an American chemical engineer turned sociologist noted for his 1964 Introduction to Mathematical Sociology, in which he presented employs some cursory chemistry, physics, and thermodynamics models to sociology.

Tukey
In 1971, Coleman, in his “Theoretical Bases for Parameters of Stochastic Processes”, discussed the 1961 social "attitude" free energy theory of John Tukey. [7]

“Chemistry is one science that, like sociology, is often concerned with discrete states rather than continuous variables. Many chemical problems concern chemical reactions, that is, movement between two states, or equilibrium between two (or more) states. Since these reactions are at the atomic or molecular level, the movement between states is a movement of very large numbers of particles (i.e. atoms, molecules).”

In physics applied to sociology, Coleman cites the 1955 work of Stuart Dodd of the Princeton school of social physics.

Social temperature
On the possible of deriving a concept like temperature in sociology, Coleman states the following:

“If it is possible to have such meaningful and useful aggregate concepts as temperature in thermodynamics, as simply the sum of average molecular level measurements—mean of velocity distribution among molecules—then shouldn’t it be just as possible in sociology?”

He answers his own question with: the “answer is generally No” and attempts to give two give reasons, both of which are off in their logic, the gist of which in his view is that humans are not gas molecules.

Education
In 1944, Coleman entered the Navy and during this time spent a year studying engineering at Emory College. After discharge, he then studied chemistry at Indiana University. He then transferred to Purdue University completed his BS in chemical engineering in 1949.

He then when on a belated honeymoon bicycling through France, while there, being supposedly a “voracious reader”, reading, in French, a number of banned novels.

He then returned to America to work as a chemical engineer for Eastman Kodak, where he was assigned to work on developing the substratum coating that is applied to film backing to make the film emulsion adhere. Coleman, however, was said to have begun “quickly growing dissatisfied intellectually with this type of work”, after which he contemplated returning to graduate school to obtain an advanced degree in physical chemistry.

A joining of a Great Books club, however, worked to realign his career direction, and he realized that the most interesting subject matter of all was people, their relationships, and their social organizations.

In 1951, he left Kodak to enter the graduate program in sociology at Columbia University completing his PhD there in 1955 with a dissertation on a political sociology aspect of the New York printer’s community. Coleman, in his Autobiographical Sketch II (1985), described Emile Durkheim, Adam Smith, and Max Weber as three theorists who influenced his sociological thinking. [4]

He went on to teach sociology at Stanford University, the University of Chicago, and significantly at Johns Hopkins University (1959-1973), becoming chair of department of social relations their as early as 1964. Coleman, in sum, is said to have entered sociology from a job as a chemist at Eastman Kodak with a self-described ‘positivist orientation … carried over from the physical sciences’, an orientation he was able to polish in courses on the philosophy of science taken under Ernest Nagel. [5]

Entropy as diversity
A noted downside of Coleman's presentation is his statistical applications of entropy, albeit of the Shannon entropy variety generally, to sociology. He derives a function of H and discussed its use by American electrical engineer Claude Shannon, but also “noted the parallel” with the entropy used in physical chemistry by Austrian physicist Ludwig Boltzmann. [2] Coleman, supposedly, introduced an “entropy index” as a measure of diversity defined as:

Coleman’s expression, which is similar in form to Gibbs entropy, is such that for an individual tract, the entropy index refers to the proportion of a racial/ethnic group in a tract multiplied by the log of that proportion and summed over all racial/ethnic groups. For four groups the maximum entropy, or diversity, is 1.386 and zero indicates no diversity, or homogeneity. [3]