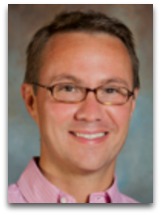 In human thermodynamics, James K. Ferri (1975-) is an American chemical engineer noted for his departmental supervision and development of the 2011 student-produced video “Thermodynamics of Life: Occupy Wall Street Edition”, made by chemical and biomolecular engineering students Angela Wnek (ChBE, 2013), Isaac Lavine (ChBE, 2014), Ashley Kaminski (ChBE, 2013), wherein, using an impact style of presentation, they apply a number of different molecular, physical chemistry, and chemical engineering principles to the ongoing “Occupy Wall Street” protests taking place worldwide (which are protesting the economic divide), namely what thermodynamics has to say about the fact that about 90 percent of a country’s wealth tends to be held in about 10 percent of the population, a phenomenon sometimes referred to as the Pareto principle, 80-20 rule, or Pareto’s natural law of wealth, named after French-Italian mathematical engineer Vilfredo Pareto who first studied this phenomenon. [1]

Overview
The video employs: the game version of the laws of thermodynamics (1971); desire (they argue as a fact of existence that people want wealth); Ostwald’s ripening (a principle stated in 1896 by German physical chemist Wilhelm Ostwald), a process by which small droplets of one fluid dispersed in another fluid phase shrink at the expense of the growth of the larger droplets, wherein they use a human fluid model and equate rich people to the larger droplets and poor people to the smaller droplets; the Calvin equation, relating actual vapor pressure to saturated vapor pressure; the Ostwald equation:

They then attempt to tie all this into economics in terms of how things such as one's car breaking down or not getting tuition money, etc., are in affect a type of human molecular "pressure" (human pressure or social pressure) or mediate (field particle) the effect of pressure in one's state of existence.

They then talk about equality, the idealized notion, such as being protested for at the Wall Street Sit-in, that wealth should be spread out more evenly throughout society (such as was done in a failed attempt through communism). The subject of idealized equality of wealth, however, does not corroborate in fields such as racial thermodynamics, integration and segregation thermodynamics, the famous lazy ant study, among other areas of realistic conflict, and the students attempt to address this thermodynamically in the video, such as using the analogy of money (and people as particles) distributions in a container, which is shaken, explaining that such arrangements are inherently unstable (see: stability), on the premise that it is much easier to create bigger droplets by adding energy than it is to create smaller droplets, a model which they say is the logic behind the big business bailout plan.

Lastly, the correlate new ideas and inventions in the market place, such as Steve Job’s iPad, to droplet growth effects, and how wealth begins to aggregate or accumulate around the new or novel idea, inventor, or producer, similar to liquid aggregation around larger droplets.

Difficulties on theory
Overall the fast-flow presentation style of the video and theory was fairly advanced and well done in retrospect of the work of 500+ HT pioneers/HP pioneers of the past. A few salient difficulties: one, use of “molar volume” as a unit digs into the large and as of yet unsolved question of the unit of the “hmol” the molar number for one unit of reactive human molecules (such as addressed in the social Avogadro number), wherein questions about single particle thermodynamics or single molecule thermodynamics definitions of extensive and intensive variables in this range come into play.

Second, the overuse of the term “life” in this defining the droplet molecules as being alive, e.g. “it’s the circle of life for the molecules”, whether metaphorical or not, indirectly assumes or implies the existence or adherence to either (a) the unbridgeable gap model, (b) the emergence model, (c) panpsychism, i.e. that the definition of life extends all the way down do the sub-atomic, or (d) the "life principle" model, all of which are untenable, and thus the over-use of the word "life" leads one into the very large problem-solution of the defunct theory of life, the fact that when one goes searching for the origin of life, i.e. the exact “second” so-called “life” started in the evolution timeline, the theory of life falls apart and erodes, being seen only as a mythological-religious based theory carried over into modern science as sort of unwanted baggage, a theory (that certain molecules are alive, where others are not) that is in fact defunct according to modern hard science, in particular hmolscience.

Education
Ferri completed his BS and PhD in chemical engineering at Johns Hopkins University and currently is head of the chemical and biomolecular engineering department of Lafayette College, Pennsylvania. [3]