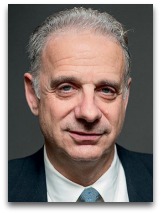 In hmolscience, James Gleick (1954-) (CR=27) is an American science writer noted for his 1987 Chaos: Making a New Science, which worked to popularize chaos and complexity theory as the new ontic opening pop theory of emergence-based meaning into the 1990s; which, to note, is similar to how Ilya Prigogine sold far-from-equilibrium bifurcation-based pop theory of meaning in the 1980s.

“Chaos is anti-reductionist. This new science makes a strong claim about the world: namely, that when it comes to the most interesting questions, questions about order and disorder, decay and creativity, pattern formation and life itself, the whole cannot be explained in terms of the parts. There are fundamental laws about complex systems, but they are new kinds of laws. They are laws of structure and organization and scale, and they simply vanish when you focus on the individual constituents of a complex system—just as the psychology of a lynch mob vanishes when you interview individual participants.”

In 1992, American physicist Steven Weinberg cited Gleick and his lynch mob argument of an example of someone lost in self-delusions about holism: [2]

“The question of emergence: is it really true that there are new kinds of laws that govern complex systems? Yes, of course, in the sense that different levels of experience call for description and analysis in different terms. The same is just as true for chemistry as for chaos. But fundamental new kinds of laws? Gleick’s lynch mob provides a counterexample.”