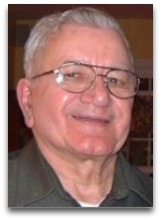 Overview
In 2001, Morgia, in his Life Long Human Values, uses a human molecule description of people and chemical analogy model of human micro interactions to theorize about what he calls “micro abuses”, such as subtle verbal child abuse, intonational emotional abuse, among others. The following is Morgia’s human interaction model synopsis: [1]

“There is a reaction beyond every event or occurrence. It is the consequence. The reactions keep following the initial action. When two chemicals are combined under certain conditions, there always is a reaction product. The new product is different than the original chemical. Nature works constantly to produce new substances from basic chemicals in an efficient manner. A subtle light impulse from the sun converts basic water and carbon dioxide into multi-chain complexes every moment, all over the world. The key thought here is simply that the impulse of energy which is almost too small to measure, the photon, results in providing fuel and food in millions of tons each year. The natural chemical reaction is analogous to the problem which is undermining our society. It closely resembles what is happening around us. It takes a lot of imagination to declare the idea.”

On this basis, Morgia goes on to speculate on how negative impulses can act to create a loose thought, something akin to a flagella whipping along causing rampage, and one that can only be stopped by neutralization, like an antioxidant neutralizing an oxidant. Morgia’s aim to outline a chemical reaction based type of moral fabric model.

Morgia speculates, on analogy, on how family love is what he calls “true bonding”, a term which seems to be similar to Dutch physical chemist Johannes van der Waals’ 1910 mention of what he calls “true association” that results from “new chemical forces”, when molecules combine, as contrasted with “pseudo-association”. [2]

Individualism | Human molecules
The central motto in Morgia’s book is the concept of individualism in the sense that when each individual person thinks about their future, one must “decide what the proper formula is to guide their life”, where the proper formula must include a lifelong principle that will set the course to reach one’s planned destination. Morgia’s description of human molecules, however, is a bit blurry. He states:

“Of course, no one has detected the mass action effect of this human equation. The human molecules have been activated with a subtle catalyst, which promotes hyperism in the world’s melting pot. A mysterious force has upped the activation threshold of each person. This influence must be stopped. Only individualism can curtail this unavoidable disaster!”

Note
To note, the majority of Morgia's writing is stylized in the beginner level and nearly the entire book is written in Bible-style.