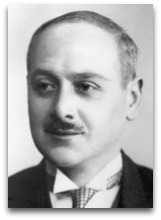 Education
Partington completed his BS in 1909 and MS in 1911 both in chemistry at Manchester University. He then worked under Walther Nernst in Berlin where he studied specific heats of gases. He became a lecturer in chemistry in 1913 at Manchester University. He completed his DSc in 1918 from the University of Manchester, after which, in 1919, he became professor of physical and organic chemistry at Queen Mary College, University of London; where he remained until his retirement in 1951. He continued his scientific research on the specific heats of gases which led to a book with William Shilling, The Specific Heats of Gases (1924). Although technical in nature, the book shows Partington’s early interest in the importance of the history of chemistry, a topic for which he would later become widely known. [4]

Partington is renowned for his four-volume A History of Chemistry. [5] Partington collected a considerable library of works, 1500 books or items, on the history of alchemy and chemistry which are preserved in the John Rylands Library in Manchester. [2] His condensed 1937 book A Short History of Chemistry, revised and enlarged in 1957, 415-pages in length, is the standard go-to quick reference for historians of chemistry. [3]