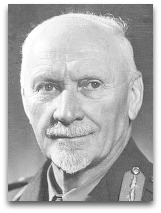 Overview
In 1926, Smuts, in his Holism and Evolution, argued that there is a tendency in nature to form “wholes that are greater than the sum of the parts”, an idea that he called "holism", a term he coined, which via “creative evolution”, of the Henri Bergson (1907) variety, will thus bridge the perceived gap of the disconnect between “matter, life, and mind”, broken in the aftermath of mechanistic Darwinism.

Influences
Smuts was influenced by Henri Bergson.
Influenced
Smuts influenced: Jeff Tuhtan and Georgi Georgiev, and most who adhere to a “holism” ideology.

Quotes | By
The following are quotes by Smuts:

“The acceptance of evolution as a fact, the origin of ‘life structures’ from the inorganic, must mean a complete revolution in our idea of matter. If matter holds the promise and potency of life and mind it is no longer the old matter of the physical materialists [see: spiritual materialist]. We have accepted evolution, but have failed to make the fundamental readjustment in our views which that acceptance involves. The old mechanical view-points persist, and natural selection itself has come to be looked upon as a mere mechanical factor. But this is wrong: sexual selection is admittedly a psychical factor, and even natural selection has merely the appearance of a mechanical process, because it is viewed as a statistical average, from which the real character of struggle among the living has been eliminated.”


“The free creativeness of mind is possible because, the world ultimately exists, not of ‘material’ stuff, but of patterns, of organization, the evolution of which involves no absolute creation of an alien world of material from nothing. The purely structural character of reality thus helps to render possible and intelligible the free creativeness of life and mind. The energy which is being dissipated by the decay of physical structure is being partly taken up and organized into life structures. Life and mind thus appear as products of the cosmic decline. Our origin is thus ‘accidental’, our position is exceptional and our fate is sealed, with the inevitable running down of the solar system. Life and mind, are thus ‘reduced’ to a very casual and inferior status in the cosmic order, a transient and embarrassed phantom in an alien, if not hostile universe. The human spirit is not a pathetic, wandering phantom of the universe, but meets with spiritual hospitality and response everywhere. Our deepest thoughts and emotions are but responses to stimuli which come to us not from an alien, but from an essentially friendly and kindred universe.”