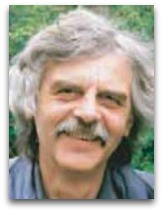 In hmolscience, Jaroslav Sestak (1938-), “Jaroslav Šesták”, is a Czech chemical engineer, solid state physicists, and materials scientist noted for his 2005 Science of Heat and Thermophysical Studies, which employs both a historical perspective, e.g. citing Herman Boerhaave’s 1724 Elements of Chemistry as the start of modern chemistry, and an applied to sociology perspective, e.g. citing Gilbert Lewis’ 1925 economics article, arisen via conversation with Irving Fisher, Jurgen Mimkes 1995 integration and segregation thermodynamics theories, along with discussions of thermodynamics of feelings, the econophysics works of Vilfredo Pareto, e.g. his power laws based Pareto principle, Ettore Majorana, among others. [1] 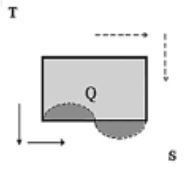 Sestak captions this as follows:

“Economic application of the textbook Carnot thermodynamic cycle, where the solid arrows show traditionally the power cycle while the opposite cycle (dashed) shows the reverse heat pump (refrigeration process),. Correspondingly, the assumed business cycle (when replaced by the minimum Gibbs energy by maximum economic prosperity) can be imagined by using a less conventional representation of T as the mean property of a society, while retaining the meaning of entropy S (societal order/disorder) the same. In other words, products are manufactured in cheap (lower T) market and sold in a more affluent market (higher T). The shaded area represents useful work Q (either as heat or money) and the dotted line illustrates the more natural, non-equilibrium processing due to delays caused by, e.g. thermal conductivity (Curzon-Ahlborn diagram) or business transport obstacles. It is worth noting that a similar non-linear backgrounds will be shown characteristic for thermophysical measurements where, for example, s-shaped zero line is acquired for a DTA-peak.”

“We need to look for some basic links between the mathematical description of particles strictly controlled by the laws of thermodynamics and human beings affected by their feelings.”

Strangely, he then cites Gilbert Lewis, and in his 1925 “A Plan for Stabilising Prices”, as having made “correlations of thermodynamic ideas and rules applied to economics”. This, however, is something not found in the article. [2] Sestak employs what he calls the “physico-chemical” approach to the sociological studies of human societies, according to which he defines “people as unvarying thermodynamic particles without accounting for their own human-self-determination”. He estimates that the full elaboration of this approach might take another century:

“Researching the analogy of physical chemistry to sociological studies of human societies is a very attractive area particularly assuming the role of thermodynamic links, which can be functional until the relation between inherent particles and independent people, is overcome by the conscious actions of humans because people are not so easily classifiable as are mere chemicals. Such feedback between the human intimate micro-world to the societal macro-state can change the traditional form of thermodynamic functions, which, nevertheless, are here considered only in a preparatory stage of feelings. Therefore this sociology-like contribution can be classified as a very first though rather simplified approach to the problem whose more adequate solution will not, hopefully, take another century [2105] as was the development of the understanding of heat and the development of the concept of the early elements.”

Education
Sestak completed a degree in chemical engineering in 1962 at the Technical University of Prague, a PhD in solid state physics in 1968 at the Institute for Solid State Physics, and a DSc in materials science in 1990, became an associate professor of inorganic chemist in 1991 at the University of Pardubice, and a full professor of materials science and engineering in 1993 at the Institute of Chemical Technology, Prague. He has taught at a number of Universities since. Sestak main fields of interests are: “Thermal physics and thermodynamics, chemical kinetics, solid-state chemistry and physics, material science and engineering: oxides (magnetics, superconductors, bioactive ceramics), glasses (both metallic and silicates), semiconductors (III-V compounds), quantum aspects of diffusion, interdisciplinarity of science and humanities, philosophy and education, wisdom of heat and scientific world in general; construction of TA instruments.”