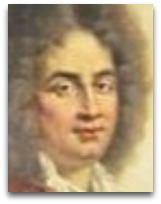 In existographies, Jean Pecquet (1622-1674) was a French scientist and physiologist, noted for []

Quotes | On
The following are quotes on Pecquet:

“The center of interest in the vacuum questions in 1645 to 1651 was France, where Mersenne reported on the Italian work, and where natural philosophers such as Pascal, Petit, Roberval, and Pecquet all gave their views and experimented with the Torricellian apparatus.”