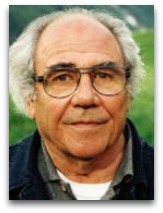 In philosophical thermodynamics, Jean Baudrillard (1929-2007) was French social philosopher and pataphysicist noted for his 1981 book Simulacra and Simulation, one the three required reading books for actors in the 1999 HT film The Matrix, in which he theorizes on concepts such as energy, negentropy, cybernetics, and information, viewed in terms of societies as molar groups, contracting and expanding. The following is a representative excerpt, in which he seems to be alluding to the idea of humanity as collection of carbon-based human atoms forming social molecules: [1]

“Our only culture in the end is that of hydrocarbons, that of refining, cracking, breaking cultural molecules and of their recombination into synthesized products.”

The presentation is similar in theme to that of French philosopher Pierre Levy's 1994 human molar group logic of collective intelligence.