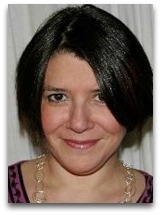 In existographies, Jennifer Hecht (1965-) (FA:133) is an American historian noted for her 2003 Doubt: A History: The Great Doubters and Their Legacy of Innovation from Socrates and Jesus to Thomas, a well-referenced cross-cultural history of atheism, in short.

Religion | Atheism
Hecht was raised Jewish (see: Jewish atheism) and believed in god until she was 12 after which, as she explained, in 2014 interview, she began to see that “we are one species among great nature, and as the trees very slowly rot, so do our pampered haunches”. Amid writing her Doubt (2003), she was in the atheist-label avoiding mindset. On 7 Dec 2016, Hecht re-Twitted (Ѻ) Albert Camus’ “unfree world” quote; therein indicating that she is a Sisyphean atheist (see: Camus model), give or take.

Education
In 1995, Hecht completed a PhD in history of science and European culture from Columbia University.

Quotes | By
The following are quotes by Hecht:

“Atheists tend to see believers as naïve and dependent. Believers tend to see atheists as having abandoned themselves to meaninglessness, amorality, and pain.”

“Schopenhauer is the person who, coming upon Kant’s philosophy, noticing that god therein was not attached to anything, shook the text until god fell out.”

“When Darwin’s book hit the crowd, it was like Christmas for ex-Christians.”

“Initially after writing my book Doubt, I avoided the atheist label, saying only that I did not believe in god. After some reflection, I realized I needed to defend what I truly believe. I now call myself an ‘atheist’, and proudly.”