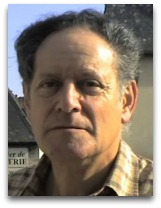 In human chemistry, Jeremy D. Adler (1947-) is an English poet and Goethean human chemical theory historian noted for his 1977 PhD dissertation on the chemistry of German polymath Johann Goethe's Elective Affinities and his 1987 "An almost Magical Attraction: Goethe’s Elective Affinity and the Chemistry of its Time", wherein he was one of the first to analyze which chemist, which theory, and which reaction is used by Goethe behind the veil of each chapter in the book to model the various human chemical reactions (see: HCR theory) described both in discussion between the characters (Eduard, Charlotte, Captain, Ottilie, etc.) in the novella and in coded form via the hidden language and messages in the novella. [1] Adler is an expert on German literature from 1600 to the present day.

Henry James
In 2012, Adler produced a colloquium paper on the influence of Goethe and his Elective Affinities on American-born English writer Henry James—the synopsis of which is as follows: [6]

“James regarded Goethe as one of the three greatest figures in Western culture, alongside Plato and Beethoven, and Goethe's impact on James was commensurate with this view. In his early twenties, he studied Goethe and Schiller whilst learning German in Bonn, acquiring a good knowledge of some difficult texts, including Die Wahlverwandtschaften and Hermann und Dorothea, and continued to show an interest in Goethe in later life, e.g. in his lengthy review of a reissue of Carlyle's translation of Wilhelm Meister and in a late letter on Die Wahlverwandtschaften.

James's literary reception of Goethe can be seen throughout his career, beginning with his first novel, Roderick Hudson. Strands from Werther, Faust, and Wilhelm Meister can all be found in what is essentially a tragic "Künstlerroman"; at the end of James's early period, The Tragic Muse, with its subject of the theatre, recalls Wilhelm Meisters Lehrjahre as a Theaterroman; and at the end of the middle period, What Maisie Knew echoes Ottilie's misfortune in Die Wahlverwandtschaften. Arguably, the transparent structure and the moral ambiguity of Die Wahlverwandtschaften also played a part in helping to fashion the transparent complexities of the last three novels, the crown of James's achievement, The Ambassadors, The Golden Bowl and The Wings of the Dove. Moreover, James's treatment of "the international theme" in his novels closely echoes Goethe's call upon writers to produce what he called "Weltliteratur".”


Others, such as Judith Ryan (1982) and Joseph O’Leary (2005), likewise, have discussed the similarities between James’ The Golden Bowl and Goethe’s Elective Affinities. [7]

Origin of interest
In London, Adler first began to work on the theoretical dissection of Goethe’s Elective Affinities as a PhD thesis under professor Claus Bock (compiler of the 1960 book Goethe the Critic) in 1969. Bock’s suggestion was to examine the connection between Swedish chemist Torbern Bergman, particularly his 1775 textbook A Dissertation on Elective Attractions, and Goethe's novel. In this direction, Adler soon discovered links to many other chemists, beginning with the works of French chemist Pierre Macquer, i.e. his 1849 Elements of Theoretical Chemistry (Elemens de Chymie Theorique) and his 1778 Dictionary of Chemistry (Dictionnaire de chymie), and the other dictionary writers, and then extended his search to as much of the tradition as he could uncover.

John McEvoy (later at Pittsburgh) and his supervisor, Satish Kapoor (Sussex), gave Adler assistance with the background to the history of chemistry. Satish was working on French chemist Claude Berthollet at the time, and suggested to Adler that he switch to the history of chemistry; and so Adler joined the outfit of historians of science in England that ranged from the old masters, such as Joseph Needham and Walter Pagel, to his colleagues, like Roy Porter, Nick Jardine and others, interested in linking literature and science. Adler also had good contact with English affinity chemistry historian Alistair Duncan, who was working on the history of affinity theory.

With this basis of support and study, analysis of the vocabulary in Goethe's book convinced Adler that the use of affinity theory to explain human interactions and life was a thorough-going theme. [3]

Education
Adler was born in London in 1947, where he studied German with English at Queen Mary's College.

In 1977 or 1978 (Ѻ) Adler completed his PhD, at at at Westfield College London, on the chemistry of Goethe's 1809 Elective Affinities.

After lecturing in German for several years, he became professor of German at King's College London and later head of department. Adler is currently a professor emeritus of German literature at King’s College, London. [2]

Quotes | On
The following are quotes on Adler:

“To date, Jeremy Adler has provided the most detailed study of Goethe’s research in the history of chemistry, particularly “Zur Geschichte der chemischen ‘Verwandtschaft’ (The History of Chemical Affinity).”